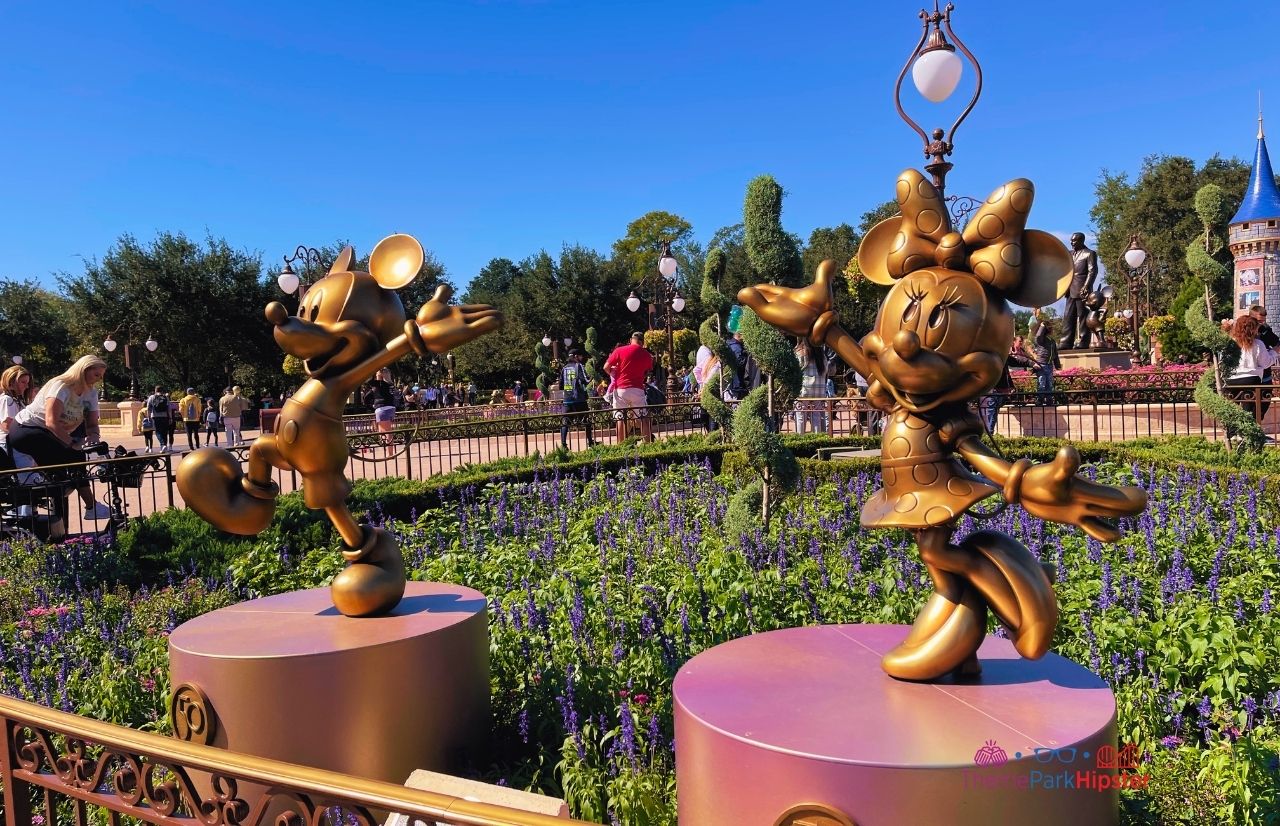 Question of the week: How to choose the Best Disney World Park for adults?

Is there even such a thing as Disney for adults?

It surprises me how so many of us still believe that Disney theme parks are only for kids. Thank god it isn’t true! *insert nervous laughter*

Being grownup doesn’t mean you have to stop having fun!

Imagine not being able to ride on Disney attractions, explore its adventurous parks, and marvel at its spectacular fireworks. Even thinking about it hurts me just a bit.

I have spent a good chunk of my life in Orlando, Florida. Disney is like my very own playground, which I have frequented oh so often. It makes up many of my happiest memories.

Although many of us may be older now,our love for Disney (for adults or not) has not diminished even a bit.

Since you are looking for the best Disney park for adults, you too are willing to take a chance and experience the magic as someone who’s 18+.

As you can see, Epcot is the BEST Disney World park for adults, but I will discuss the ins-and-outs of visiting these Disney Parks. So, let’s dive in!

As a stand-alone, the park does pretty well for itself as an attraction for grown-ups. There are rides like Star Wars: Rise of the Resistance, Tower of Terror and Rock ‘N’ Roller Coaster that are great for adults.

However, when compared to other Walt Disney World (WDW) parks, Hollywood Studios does not boast the best assortment of Disney World rides for adults.

SO, SHOULD YOU JUST STRIKE DISNEY’S HOLLYWOOD STUDIOS OFF YOUR ADULT DISNEY TRIP CHECKLIST? Nope.

Hollywood Studios entertainment makes up for its limited rides with a lineup of shows. There are some fantastic stage performances like Beauty and the Beast Live on Stage and the Indiana Jones Stunt Spectacular.

Many like to skip the Frozen Sing-Along, believing it to be too childish for an adult. But I recommend you watch this show. You will be surprised by the number of grown-up jokes and references it has.

Of all the entertaining shows in Hollywood Studios, the only one I’ll a complete no-go for grownups is the Dance Party. However, if you are on a clock, you could also skip Mickey Shorts Theater and Muppet Vision 3D show.

If you have the option, you must stay past the sundown to relish the harlequin, vividly-lit version of Star Wars: A Galactic Spectacular. Wonderful World of Animation is another nighttime attraction that grownups like. Fantasmic! is skippable.

Hollywood Studios dining scene boasts a cool restaurant called Sci-Fi that you must check out. Apart from Sci-Fi Dine-in Theater, none of the Hollywood Studios restaurants could rival those dotting parks like Epcot and Animal Kingdom.

The quick-service eateries here serve a range of street-side nibbles. You will find pizzas, burgers, and Mexican, which all taste pretty good. But that’s about it.

Final Verdict – Is Hollywood Studios Worth It?

Hollywood Studios is a big no-no if this is your first Disney trip as an adult, you are ride-enthusiast, or a gourmet excited to sample Disney foods.

However, if the idea is to spend a laid-back trip in Florida with kids in a Disney park that balances adult-kid attractions, then DHS may just be the park for you.

It’s shows and nighttime attractions are perfect for the holiday-makers who have just 1 day to enjoy a bit of Disney.

Read: Your Best Hollywood Studios Itinerary for One-Day (Complete Guide to Doing the Park in Only ONE DAY)

I love the Magic Kingdom and undoubtedly, it is one of the best amusement parks in the world. But is it best for grown-ups? Let’s find out.

The park is magical with more than double the rides in Hollywood Studios. But it still doesn’t flaunt the most thrilling roller coasters in the Disney universe.

Also, because of the immersive animation-like experience – with characters, cast, and the iconic Cinderella Castle – it is often written off as being for kids.

Still, there are a few coasters that are worth riding in the park. You will find Space Mountain, Big Thunder Mountain Railroad, and Seven Dwarfs Mine Trains to be quite hair-raising even for a grownup. Skip the short Barnstormer coaster.

There are also the classic Disney rides; must-see attractions in Magic Kingdom for all guests. These rides include:

Note that the TRON roller coaster, coming in 2022/2023, might influence the rank of Magic Kingdom in this list by adding a solid Disney ride for adults to the park.

The Magic Kingdom non-ride attractions include aerial carousels, dance parties, and shows like Many Adventures of Winnie the Pooh, Peter Pan’s Flight, and more. They’re strongly geared toward children.

Indoor animatronic shows such as Hall of Presidents and Carousel of Progress are worth a watch, but also skippable.

The Magic Kingdom shows I’d highly recommend my fellow grown-ups to watch are Festival of Fantasy Parade and Disney Enchantment Fireworks (once they return to the park).

Worried about meeting the Disney characters on your trip?

The professional Cast Members makes even an awkward adult-to-adult encounter fun. But to participate in meet-n-greet or not is your choice.

Of course, taking the spotlight is the Disney Enchantment fireworks show (which you CANNOT miss when it comes back).

The Magic Kingdom dining scene boasts tons of snacks, limited-time dishes, and inviting restaurants with a view of firework or parade.

Perhaps, the drinking scene of the park is lacking. You can only get alcoholic beverages inside the table service restaurants or in the bars at the resorts near the Magic Kingdom.

Final Verdict – Is Magic Kingdom Worth It?

Despite ranking 3rd, Magic Kingdom is worth visiting. It may be written off as childish by many, but it has the true, nostalgic essence of Disney.

Will you like it as an adult or not? You wouldn’t know unless you set foot in its fantasy world.

The Animal Kingdom is the newest addition to the Walt Disney World theme park lineup and yet it ranks second in the list.

It is a pleasant mix of a lively zoo and an exciting amusement park. Read on to know more about it.

Disney’s Animal Kingdom may be running low on the ride count, but each one of these rides is worth it for grown-ups.

Overall, the carefree and chill vibe of the park just takes your mind off the Disney-kid dilemma. You are likely to enjoy every moment in the park without a second of self-consciousness.

The best rides at Animal Kingdom are Pandora, Flight of Passage, Kilimanjaro Safari, and Expedition Everest.

The only ride you might want to skip is TriceraTop Spin.

Disney Animal Kingdom also compensates for the limited rides by offering bulk of enjoyment with its in-between entertainment that sprawl across 7 themed areas.

There are interesting stage shows like Festival of the Lion King and Finding Nemo: The Musical. You will also find entertaining interactive spaces like Bollywood Beat dance, Kora Tinga Tinga, and Tam Tam Drummers of Harambe.

To put it simply, there is no end to the fun here.

Animal Kingdom recently got a nighttime makeover and it is splendid. The show adds a mystic charm to the entire park when it gets washed in the majestic lights.

Among all its post-sunset attractions, the best ones are Pandora at Night and Tree of Life. Making it one of the best Disney World parks for adults.

Kilimanjaro Safari is an exception. It is best enjoyed just before the sun begins to go down so you could get gorgeous views of the sunset.

Animal Kingdom dining scene is diverse at best. Foodies with a knack to try a variety of cuisines will find their haven in Asia and Africa. Those who crave home-style flavors will be pleased with the menu selections in America.

Perhaps, the freedom to get and enjoy alcoholic beverages is winning here. You can get rum-filled refreshments at Tamu-Tamu.

Vegans, vegetarians, and those with allergies will find meals of their preference at the Smiling Crocodile and Terra Treats.

Final Verdict – Is Animal Kingdom Worth It?

YES! Without a question, it it 🙂

Read: Disney Animal Kingdom for Adults: The Definitive Guide for Your Trip

If there’s a tailor-made Disney park of grown-ups, it is Epcot. Learn what makes Epcot the best Disney World park for adults below.

An Adult’s Take on Epcot Rides

There’s a slew of Epcot rides appealing to grownups. They have a more mature collection compared to rides in any other Orlando Disney park.

The crème a la crème in the list of best rides is the massive, indoor hang glider simulator called Soarin’ Around the World.

It lifts you in the air and rotates in front of a 180-degree, 80-ft concave screen, above famous monuments around the globe.

These are shows rank high in terms of quality, creativity, as well as representation. Thus, making Epcot the best Disney World park for adults.

Epcot nighttime show, Harmonious, is all about fireworks, music, colorful spectacles, and lasers. It is a magical Disney fireworks show that you must watch.

Hipster Power Tip: Get a reservation at the Spice Road Table restaurant in the Morocco Pavilion for a great view of the show and great food and drinks.

In Epcot, you can go Drinking Around the World and sampling world cuisines in specialty restaurants like Tokyo Dining, Via Napoli, Chefs de France, and Tutto Gusto Wine Cellar. It’s a foodie’s paradise.

Final Verdict – Is Epcot Worth It?

Are you still going to ask this question? YESSS.

Read: Your Passport to Drinking Around the World in EPCOT (Definitive Guide)

What to Know for Your Adult Trip to Disney World

Before we end this guide, let’s go through a few frequently asked questions.

Can I explore two Disney parks at a time?

You can now experience the Park Hopper options at Walt Disney World. So, you should be able to squeeze Animal Kingdom and Hollywood Studios in one day.

How long will it to see all of Walt Disney World?

I recommend planning to spend at least 5 days at Disney. However, if you’re short on time, you can learn how to do Walt Disney World in just 3 days here!

Let’s Wrap It Up!

Phew! So, that was a detailed guide to finding the best Disney World park for adults.

Whether you are 20 or 56, a vacationer, or a roller coaster enthusiast, this guide should help you plan the right adult Disney trip.

Have fun, take lots of photos, and don’t forget to do something impulsive (like taking a childish ride and revive childhood memories).

What’s your favorite adult thing to do at Disney? Let us know in the comments section below!

UP NEXT: Disney World for Adults (21 Unique Things For Grown-ups to Do at Disney)