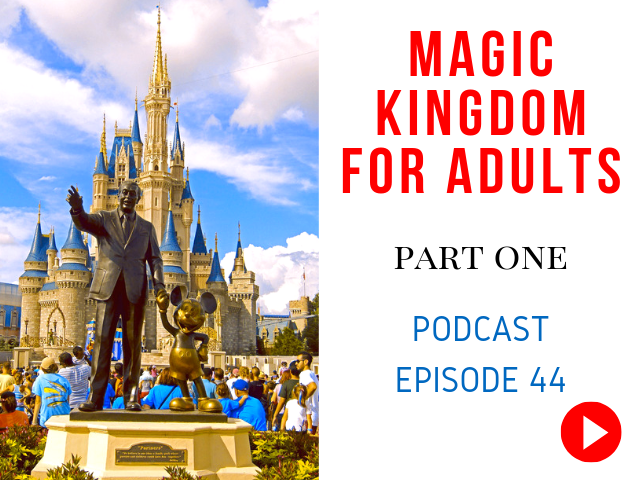 Today I have another great episode just for you! We’ll go through the number one theme park in the world. I will teach you why Magic Kingdom is for Grown-Ups.

The Magic Kingdom is thought to be the most magical place on earth, especially for kids. No need to worry. This place is just as magical for adults who love the charm Walt Disney World is known to have.

As a grown-up going to the Magic Kingdom, all you have to do is unleash your freedom and dive in.

Today we’ll uncover why the Magic Kingdom is for grown-ups. We’ll also go through the following common questions:

Because there’s so much to discuss about the Magic Kingdom theme park, we’re going to divide it up into 2 episodes.

Resources mentioned in this week’s episode.

Before when end this podcast episode, let’s go over some of the most common questions I’m asked.

What are the best rides at Magic Kingdom for FastPass?

Can you ride the monorail at Disney World for free?

Yes you can ride Disney’s monorail for free.