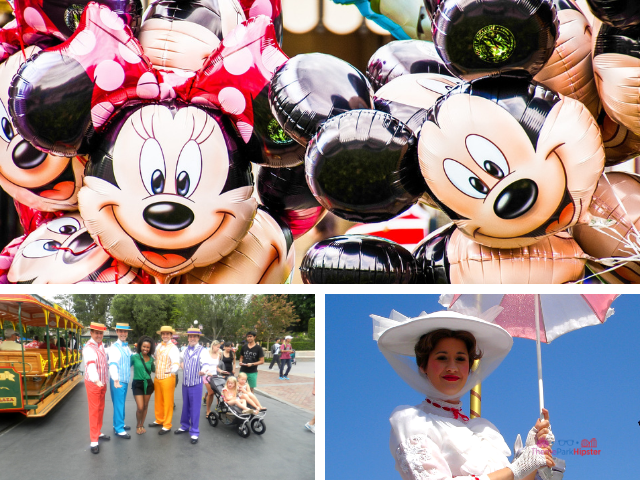 Have you ever thought about doing the Disney’s Magic Kingdom solo?

This park is a solo theme park traveler’s must!

Magic Kingdom is the number one theme park in world and a place filled with so much magical adventure.

It’s a wonderful starter for you if you’re interested in the classic Disney appeal. It gives a good variety of thrilling attractions on the milder side that will keep you entertained during your whole trip by yourself.

The addition of New Fantasyland and the coming Tron roller coaster, continues to make the Magic Kingdom a world-class theme park.

What to Expect on Your Solo Magic Kingdom Adventure

If you didn’t know, the Magic Kingdom is located in the Orlando area and is a perfect park to pace yourself, get lost, and discover the enchantment of this land.

For a solo theme park goer, all you need is your smartphone, a good Disney Podcast, and your headphones, and you’ll be on your way to an out of this world theme park adventure!

Traveling solo to Magic Kingdom doesn’t have to be frightening.

One of the first questions you may have is…

How do you go to Disney World alone?

In today’s article I will show you how to do one of Disney’s parks by yourself. If you want to learn how you can go to all other theme parks alone, then be sure to check out The Solo Theme Park Traveler’s Guide.

A handbook I wanted to share with you to walk you step-by-step to planning that first solo Disney World vacation.

Do you think people will realize that you’re alone at the Magic Kingdom?

Or, do you feel you will not have as good of a time on your solo Disney trip when compared to going with family?

If this sounds like you, then I’m here to help guide you into the perfect solo day at Disney’s Magic Kingdom.

The Disney parks are perfect for any solo adult traveler. You will never have to worry about feeling lonely or afraid when going by yourself.

As a solo park hopper, the Magic Kingdom offers many activities that are amazing, such as top-notch parades, swashbuckling voyages, and futuristic thrills meant to add a piece of pixie dust to your travels.

How do you do the Magic Kingdom solo in one day?

It’s definitely doable if you have a good game plan. Save the Magic Kingdom one-day cheat sheet to your phone below!

Access your copy of the Disney World itinerary here!

Now, allow me to welcome you to Disney’s fairy-tale paradise! Let’s go through the BEST first timer tips for conquering your solo Magic Kingdom journey.

1 – Ease Your Way into Solo Travel

Traveling this way can seem scary to you, so I recommend starting small when it comes to traveling solo.

Try arriving to Walt Disney World one day prior to your party arriving there, then do a couple of hours at the Magic Kingdom to see if you like doing Disney by yourself.

This may just convince you to try a whole day at another Walt Disney World park, like Hollywood Studios, on your own.

2 – Map Out Your Day at Magic Kingdom

The thought of going to the Magic Kingdom solo is probably too stressful for you to even think about, so I recommend mapping out your day in advance.

Having an itinerary relieves any nervousness associated with traveling alone and keeps your mind occupied with all the charming rides and attractions you’ll be enjoying at the Magic Kingdom.

FastPasses to the hottest attractions such as the Seven Dwarfs Mine Train in Magic Kingdom need to be booked like yesterday!

Trust me, you will thank me later for this.

FastPasses to the Seven Dwarfs Mine Train or even Peter Pan’s Flight are nearly impossible to get with last minute planning.

Hipster Power Tip: When choosing FastPasses for Magic Kingdom be sure to choose at least one of the following attractions due to popularity: Seven Dwarfs Mine Train, Peter Pan’s Flight, Space Mountain, Big Thunder Mountain, or the Haunted Mansion.

In addition to booking your FastPasses, you’ll want to make other reservations early too.

This is an advantage for you, because you will never have to think of what to do. FastPass reservations also help take away the pressures of trying to “look busy” on your solo trip.

You’ll want to book your dining or special event reservation as soon as you know your Disney vacation dates. Popular Magic Kingdom restaurants and annual events book up quickly.

Take Note of the Magic Kingdom Hours for Your Trip

The Magic Kingdom park opens at 9:00 a.m. each morning and closes at 9 p.m. depending on the time of year (peak season will have longer hours).

4 – Discover All the Lands of Magic Kingdom

Learn the different historical facts of each land or area in the Magic Kingdom.

There are so many unique hidden gems and facts that you’d love learning about as you walk through each highly themed area.

The lands are centered around the hub, which is Cinderella Castle. This is especially important to note when planning and mapping out your trip.

5 – Experience Your Magic Kingdom Must Do Attractions

Since it’s your solo Disney trip, it’s a time to do Magic Kingdom your way!

This is the NUMBER ONE PERK of going to Walt Disney World by yourself.

Get lost in childhood memories on Peter Pan Flight, Dumbo the Flying Elephant, Under the Sea ~ Journey of the Little Mermaid, “it’s a small world,” and The Many Adventures of Winnie the Pooh.

In order to get all your Magic Kingdom must do’s, I suggest doing a bit of researching on the web and writing everything down you want to accomplish.

Magic Kingdom Rides & Attractions You Must Do

Hipster Power Tip: Remember to find a nice quiet area of the park to regroup.

My favorite thing to do when I want to escape the crowd is to hitch a ride over to Tom Sawyer’s Island and find a quiet seat. I also like to sit in the front area of Liberty Square next to the entrance and people watch.

You can also to take the classic Disney train ride around the park where you will learn some facts about Disney.

Do Sorcerers of the Magic Kingdom Solo!

This game’s objective is to stop Hades’s grand plan by defeating Disney villains who can be found in portals throughout the park.

6 – Don’t Be Afraid to Socialize

I know firsthand what it’s like to be an introvert, but get out of your comfort zone.

Take the ThemeParkHipster challenge and introduce yourself to at least one person on your day at Magic Kingdom.

These groups usually have people in it who frequently travel to Disney parks solo. They will become your very own theme park family and they will also help you out with the latest park news and their own personal theme park hacks.

Magic Kingdom is one big attraction meant to captivate and inspire.

Now that I’m a bit older, I love meeting all the characters in Magic Kingdom, such as, Princess Tiana and Gaston.

I also love watching others dress like the characters they plan on meeting in the parks. It always makes for amazing photos!

8 – Know the Reasons Why Doing Magic Kingdom at Disney World Alone is So Incredible!

There’s an incredible sense of independence when you’re exploring the parks by yourself.  You can take a journey with Ariel and all her aquatic friends at Magic Kingdom without anyone mocking you about your choice in entertainment.

Read: How to Be Alone at Disney Without Feeling Lonely (Alone vs. Lonely)

With the solo experience you gain the advantage of becoming a better problem solver. Because it’s just you on this vacation path, you will have to come up with plan A, plan B, and plan C for some of the theme park events.

When you’re with a group of people you may have many different opinions or solutions to problems that arise; however, when it’s just you, you become the sole problem solver.

Have I convinced you to go to Disney’s Magic Kingdom solo yet?

If you want to go to a Disney park solo, then go!

Traveling by myself to theme parks is my Theme Park Therapy and I want it to become yours.

Let me know below if you’ve ever went to Magic Kingdom by yourself or if you’re thinking about going at it alone in the comments below?

UP NEXT: 9 Safety Tips for Women Traveling Alone to Disney World