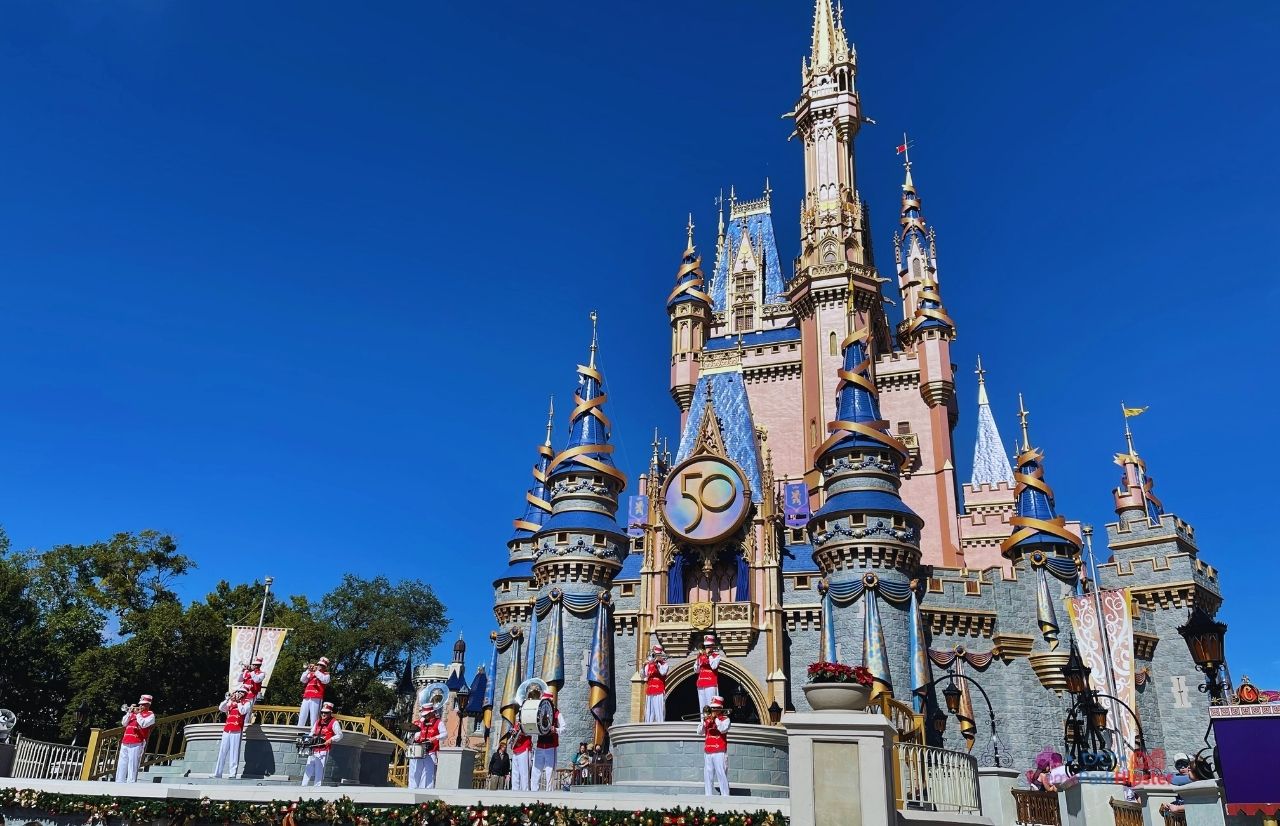 You may be wondering, what are the best days to go to the Magic Kingdom?

A trip to Walt Disney World is always epic but while any day is a good day in Magic Kingdom, there are some days that are better than others.

It may seem obvious that weekends are busier than the weekdays, but you’ll be surprised to know that there is in fact a best day to visit the Magic Kingdom.

If your trip is flexible and you can specifically choose the best days to go to Magic Kingdom then this guide will help you decide which day of the week to take your trip down Main Street USA.

What is the busiest day at Magic Kingdom?

If you’re looking for THE best day to visit the Magic Kingdom, Saturday will not be your top choice.

Based on the Disney World Crowd Calendar, besides major events and holidays, Saturday is the busiest day at Magic Kingdom and with it being a weekend, that’s hardly surprising.

Those from out of the area are visiting for the weekend whilst locals are not at work or school and also heading to Walt Disney World.

When is Magic Kingdom the least crowded?

A quick check on the Disney World Crowd Calendar combined with insider experience confirms that the least crowded day at Magic Kingdom is generally a Tuesday.

The weekend crowds have long gone with days until the next arrive and locals are back at work and school.

Tuesday is also one of the main switch days for vacationers, meaning that most of last week’s crowd is leaving but next week’s crowd has not yet arrived.

As expected the least crowded day, Tuesday, tends to be more relaxed and have shorter queues making Tuesdays the best days to visit the Magic Kingdom.

What about the other days at the Magic Kingdom?

Whilst we have a best day to visit Magic Kingdom and a busiest day to go, what about the other days?

It may not always be possible in your plans to visit on a Tuesday, so what’s the best time to go to Magic Kingdom? Where do the others stand and what are the pros and cons of visiting on each day?

After the weekend of Friday to Sunday, Monday is the next busiest day and doesn’t top the list of best days to visit Walt Disney World.

Those heading to Walt Disney World for a long weekend are making a mad dash to the park last minute to make the most of their time before heading back to the daily grind.

Also, Tuesdays and Wednesdays are the main switch days for vacationers so people visiting Walt Disney World for a week or more are also squeezing every last drop out of their experience before heading home in the next two days.

Typically, Wednesday is the best day to visit the Magic Kingdom after Tuesday. In a similar scenario to Tuesday, on a Wednesday, the weekend crowds are gone and Wednesday is another main switch day as previously mentioned.

The conditions are pretty similar between Tuesday and Wednesday but according to the Disney World Crowd Calendar, Tuesday beats Wednesday in terms of crowds.

Thursday starts getting busier with the new weekly crowd now arrived and it being the first day at the parks for the new arrivals with many opting to head to the Magic Kingdom first.

However, although the crowd level is on the rise on a Thursday, the weekend visitors are still yet to visit.

Fridays and Saturdays are the busiest days at the Magic Kingdom as it is the start of the weekend.

Those traveling from out of town are arriving for a long weekend and want to head straight the parks, the locals are wanting to start their weekend with some Disney magic and don’t forget, those week-long vacationers are still on Disney property.

Again, it’s the weekend so you can’t really expect the Magic Kingdom not to be busy on a Sunday. However, Sunday is not as busy as Friday and Saturday as some weekend visitors are already heading home.

The weekends are always going to be the busiest, but every visit to Walt Disney World is incredible no matter what day of the week you visit.

To make your experience be the best it can be and help you choose the best time to visit, we have some tips for you.

If can’t make it on one of the best days to visit Walt Disney World and you’ll be there for the weekend, Sunday mornings are the best time to go.

Sunday mornings are typically more relaxed than any other time of the weekend with locals heading to Church and many who had a late Saturday night still sleeping or nursing a sore head.

For a no obligation, FREE Universal Vacation Quote, you can fill out the form with The Park Prodigy by Clicking HERE!

If you’re looking for a day with low crowds and are flexible on which time of the year to visit, avoid the holidays.

The holidays are THE busiest times at Walt Disney World, in particular Halloween, Christmas and July 4th Weekend.

To contradict avoiding the holidays, party days have typically lower crowds and these fall during holidays such as Halloween and Christmas.

Magic Kingdom closes to general admission earlier than usual for the party which puts a lot of people off visiting that day due to limited time.

If you don’t mind leaving earlier than usual or you fancy buying a ticket to stick around for the party, then party days are a great option for visiting the Magic Kingdom with lower crowd levels.

If you’re still unsure of the best days to visit Walt Disney World, check out a Disney World Crowd Calendar that identifies expected crowd levels throughout the year based on previous years.

Choose the BEST Day to Go to Walt Disney World with This Crowd Calendar!

Has that answered your question on when are the best days to go to the Magic Kingdom?

I’ve identified that Saturday is the busiest day of the week along with high crowd levels the rest of the weekend.

Now it’s your turn, let us know which day of the week that you think is the best to visit Disney’s Magic Kingdom theme park? Leave your comment below!

UP NEXT: The Ultimate Guide to Seven Dwarfs Mine Train at Magic Kingdom