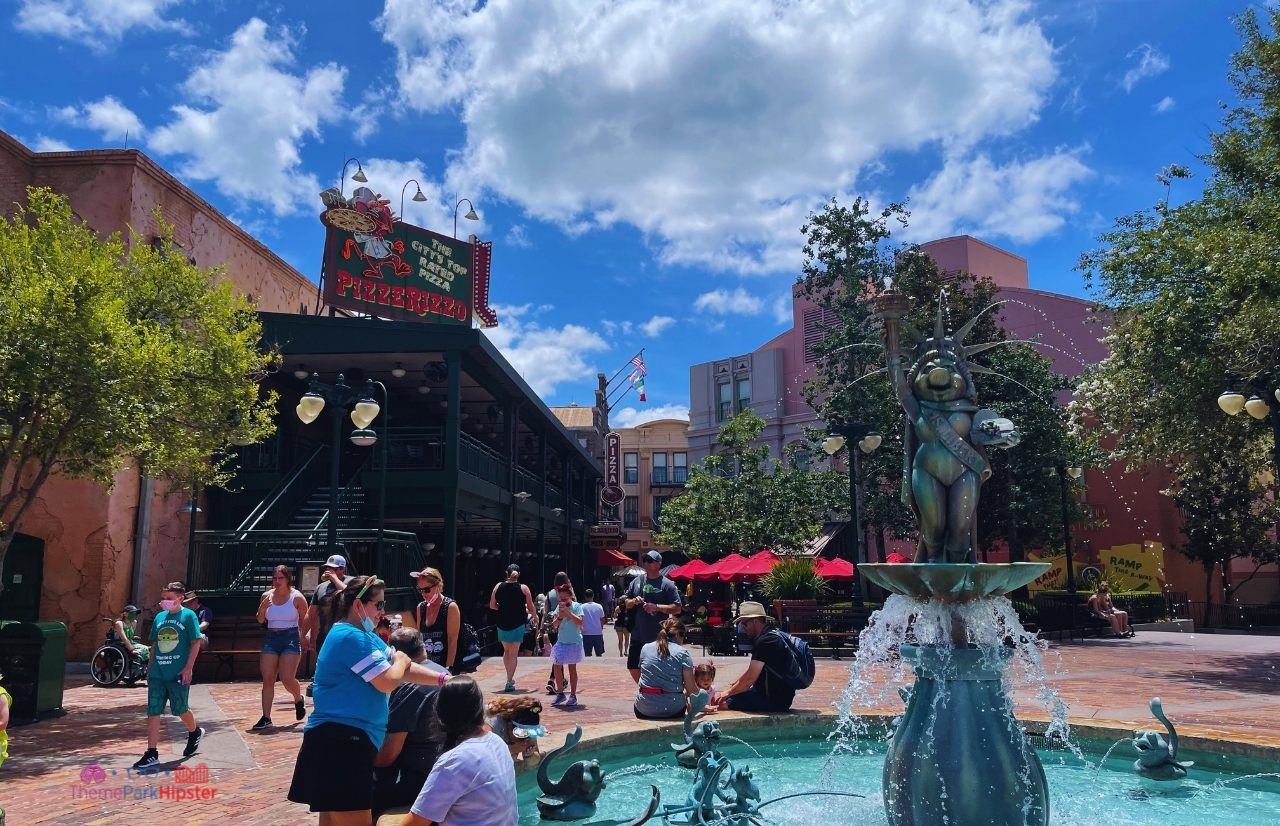 Do you want to know what the BEST Hollywood Studios Shows are before your next trip to Disney? Don’t worry, ThemeParkHipster… I’ve got you!

Hollywood Studios is home to some of Walt Disney World’s latest and greatest thrill rides, from Tower of Terror and Rock-n-Rollercoaster to Rise of the Resistance and Slinky Dog Dash!

But what keeps diehard fans coming back to this beloved park over and over is the live entertainment!

Today, I’m going to unpack the 5 BEST Hollywood Studios Shows You Have To See!

We’ll discuss why they made our list, as well as throw in some super helpful tips along the way to assure your next trip to “the Hollywood that never was and always will be” is an absolute smash hit!

Oh, and one more thing!

It’s important to note that this article is comprised of shows that are currently available at Hollywood Studios. So, don’t be surprised if you don’t see Fantasmic! or The Voyage of The Little Mermaid on the list. Don’t worry, they’ll be back soon enough!

If you love peeking behind the scenes of your favorite action-packed blockbusters, then this is the show for you!

As Indy dodges deadly traps, battles bad guys, and leaps from sky-high buildings, you’ll receive a rare glimpse into the world of filmmaking, as a full film crew reveals how these iconic scenes were made!

Overflowing with death-defying stunts, jaw-dropping special effects, and mind-blowing explosives, this epic showcase has been captivating audiences for over thirty years!

2. For the First Time in Forever: A Frozen Sing-Along Celebration

The magic of Frozen comes to life in this heartwarming musical celebration! Equal parts film, live performance, and sing-along, this fun-filled retelling of the modern-day classic features all your favorite songs, scenes, and characters!

Now, if you’re traveling without the kiddos, this may sound like something you’d consider skipping.

However, we urge you to give it a chance because the comic timing of the cast alone is worth the wait! And if you’re a little worried about others overhearing your singing… you’re just going to have to let it go!

Dim the lights and pop the popcorn because this next show is a movie lover’s dream come true!

New, classic and rarely seen animated films unfold upon the Chinese Theatre in this star-studded projection show that takes you on a journey through over 90 years of Disney and Pixar animation!

Though I wouldn’t skip Fantasmic! to watch Wonderful World of Animation, it is a solid alternative for guests while the park’s flagship show is out of commission.

4. Beauty & The Beast Live on Stage

Make way for Broadway in the parks, as the enchanted tale of Beauty and the Beast takes over the Theater of the Stars!

In addition to vibrant scenery and lavish costuming, this truncated fanfare features familiar tunes, allowing guests a chance to relive this unforgettable score by Howard Ashman and Alan Menken.

While this particular rendition is a bit dated in comparison to the newer staged adaptations, this heartwarming tale remains timeless in our hearts and I just couldn’t resist adding it to our 5 BEST Hollywood Studios Shows You Have To See!

Remember the Muppet Theater from the television series? Well, you’re invited inside as Kermit, Miss Piggy, and the whole gang treat you to a wildly wacky 3D extravaganza!

Showcasing onscreen musical mayhem and live eye-popping special effects, this attraction pulls out all the stops… and then some!

What to Know Before Enjoying the Hollywood Studio Shows

Now that you know what the best Hollywood Studios shows are for your Disney trip, let’s go through a few of the most commonly asked questions.

What are the Top 5 Highest Rated Hollywood Studios attractions for adults?

What should I watch before going to Hollywood Studios?

While one can argue that you should watch ALL the Disney animated films prior to visiting the parks, when it comes to Hollywood Studios, these 9 classics ought to cover it!

That is, if you don’t count the endless array of correlations found in Fantasmic! and/or subtle references throughout the park.

Do you need a whole day at Hollywood Studios?

That all depends on your personal preferences. However, if you like thrill rides and/or shows… YES!

If you prefer classic dark rides and shows featuring audio animatronics… you may be able to get away with a half day. However, I wouldn’t suggest it!

Now, it’s your turn to tell us in the comments below: Which of the Hollywood Studios shows are your favorite? Are you excited for the return of Fantasmic! and The Voyage of The Little Mermaid?

Until next time, Happy Hopping Hipsters!

Ted Wioncek III is a professional Show Director, who specializes in developing highly themed experiences with immersive live entertainment. His work has garnered him a reputation as a “master in storytelling.”

UP NEXT: Is ABC Commissary at Hollywood Studios Worth the Visit?