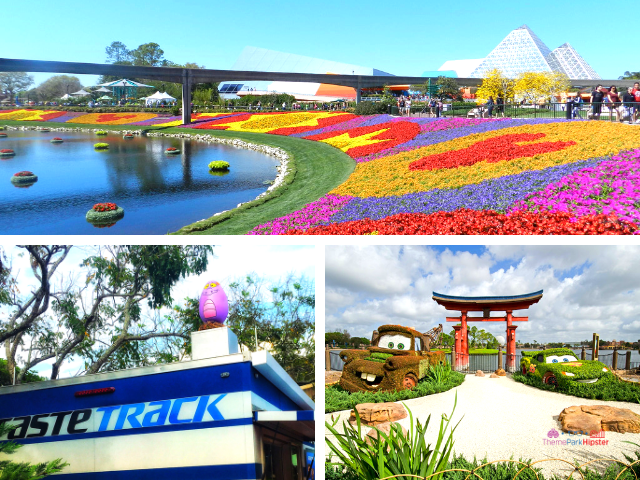 Springtime is here, so you know it’s time to get back on the Epcot egg hunt at the Walt Disney World Parks! 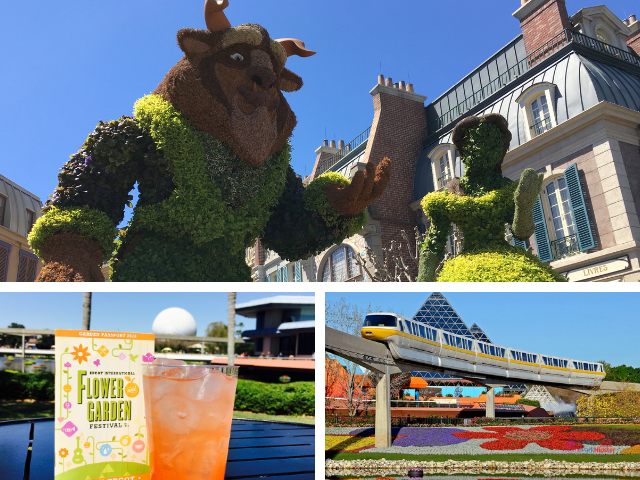 The Epcot Flower and Garden menu for 2021 is finally here!

Throughout Epcot’s World Showcase, you’ll take a global trek through all the different cuisines offered from each country.

The various cultures will highlight the unique ways the freshest flavors are brought together just for you to enjoy!

I’m excited to taste and experience the invigorating food the Cast Members at Disney have magically whipped together.

Read MoreThe Epcot Flower and Garden 2021 Menu is Here…I’m Ready to DIG IN! 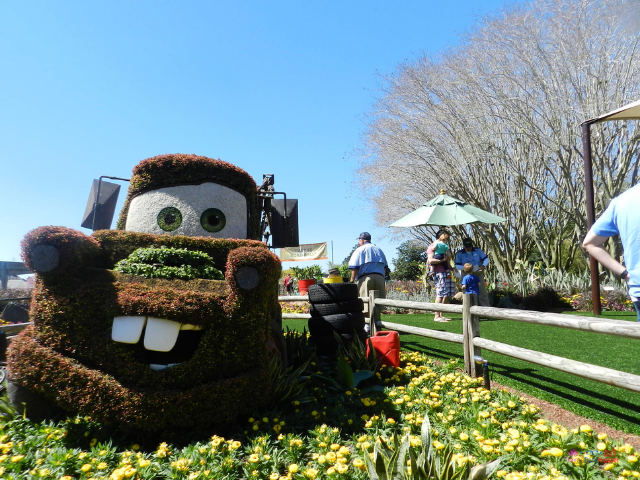 Are you excited to find out what’s new for 2021 Epcot International Flower and Garden festival?

The Epcot Flower and Garden Festival has a fresh new feel for 2021. You’ll be able to enjoy many of your favorite Disney-inspired topiaries and garden displays throughout Epcot. Such as the Anna & Elsa topiary and so much more!

This year there will be  more than 20 delicious Outdoor Kitchens for you to try featuring an array of delicious dishes and drinks to try. 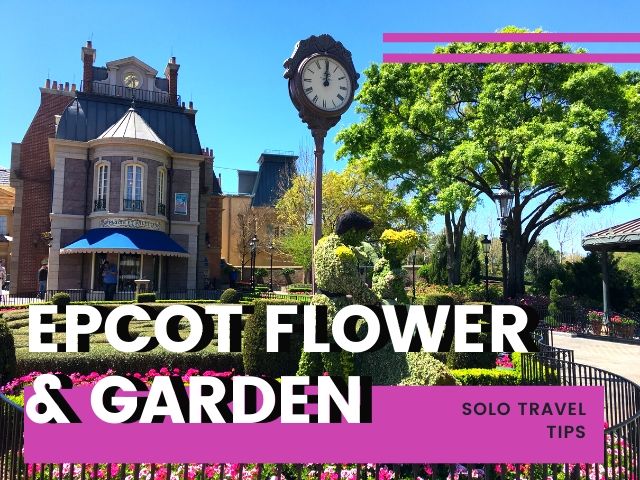 You may be wondering if it is safe and okay to travel alone to the Epcot Flower and Garden Festival?

Having traveled to Walt Disney World by myself on many occasions, I can understand that it can be overwhelming for first-time solo travelers.

Epcot is located in the Orlando area and is a great park to take your time, get lost, and discover so many different countries and cultures of this world. 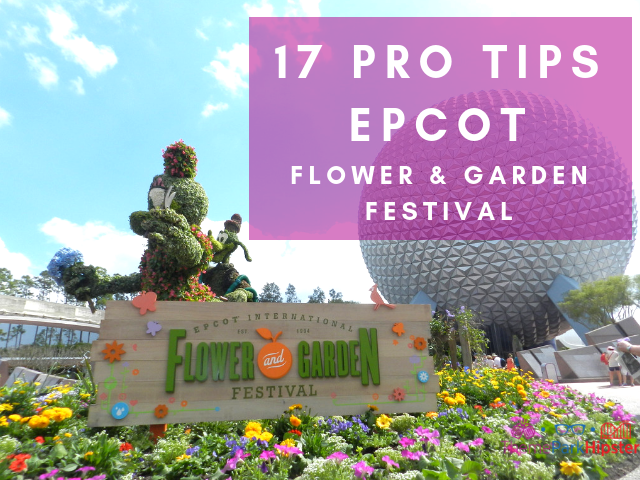 Are you ready to learn the best Epcot International Flower and Garden Festival tips for this year’s event?

Spring is around the corner and you probably can tell due to the pollen, the birds, the bees, and the flowers springing to life.

This means that the Epcot International Flower and Garden Festival is here!

There you will find me in the midst of the colorful garden creations, the brilliant seminars, and the tantalizing cocktails from March 3rd through July 5th for 2021. 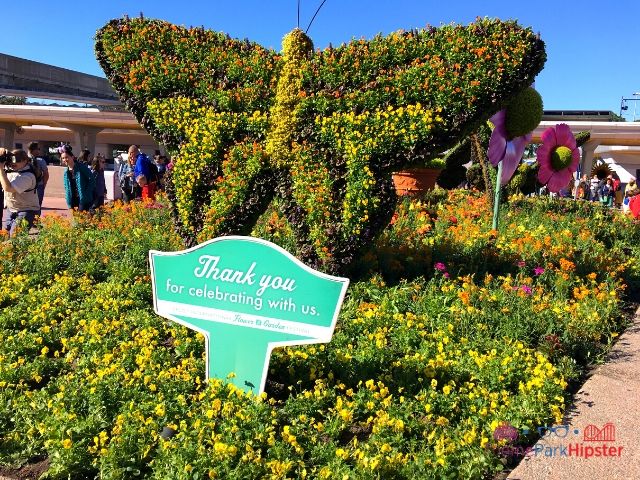 Summer is quickly approaching which means the end of our favorite springtime celebration, Epcot Flower & Garden Festival. Because this year’s festival was cut short by the global crisis, I thought it would fun to take a look at all the Epcot Flower and Garden topiaries over the years.

This festival is always great at delighting guest’s taste buds at the eleven Outdoor Kitchens.

But the star of the show is the natural garden creations conjured up by Disney Cast Members. 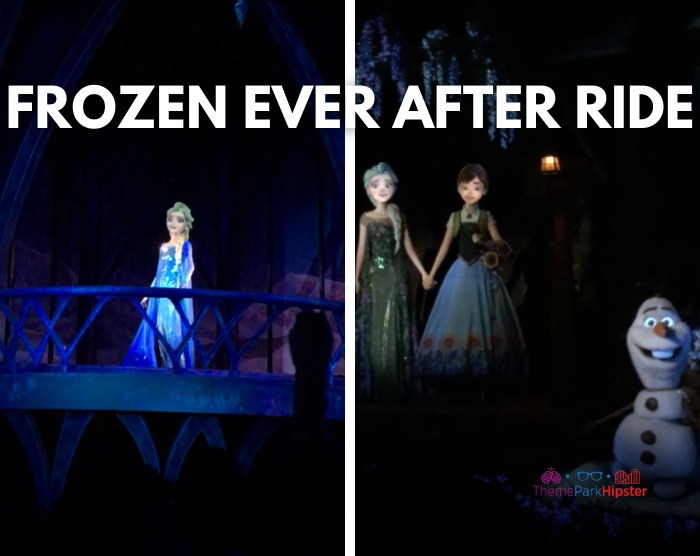 Did you know that the Frozen Ever After ride is one of the most popular attractions at Epcot?

You may not be a raging Frozen fan, but no one (and I mean NO ONE) can deny that the royal sisters of Arendelle– Anna and Elsa melted your heart straight away– frozen or not.

The Epcot Frozen Ride is quite spectacular for a mere boat ride. The scene is set on the day that Elsa uses her magical abilities to make it snow during the hottest part of the year in Arendale– the Summer Snow Day!

Read MoreWhat is the Frozen Ever After Ride At Epcot REALLY Like? 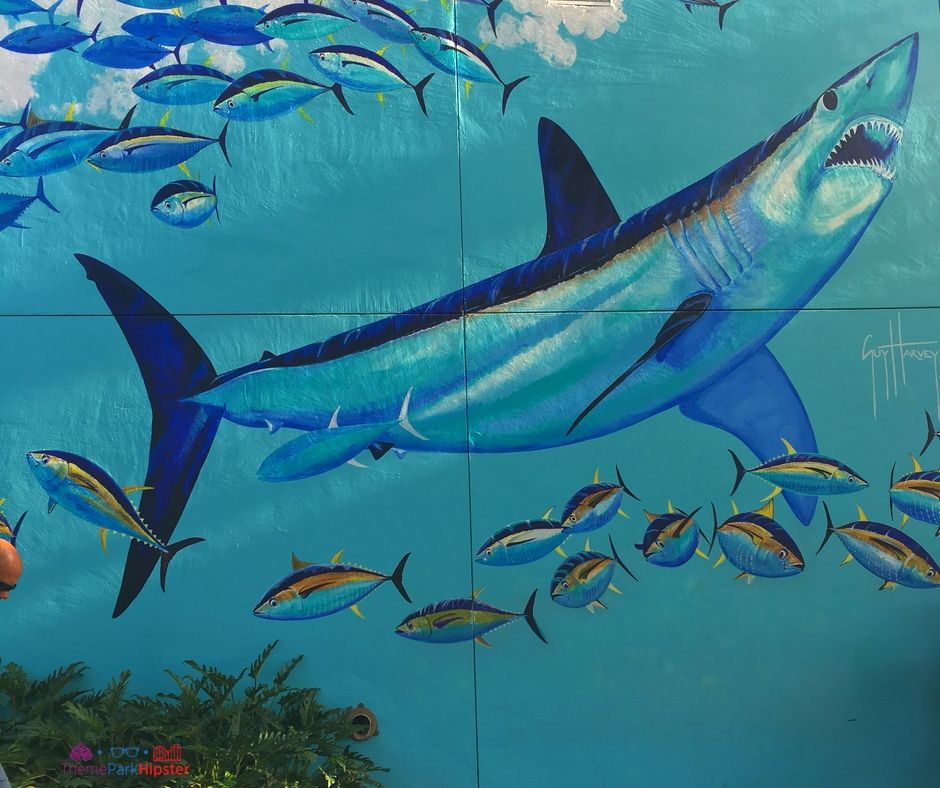 SeaWorld Orlando is one of the few aquatic theme parks left in the nation that can be enjoyed as a half-day or whole-day park, depending on your goals for that day.

However, it is quickly becoming a park that may need a whole day to conquer. 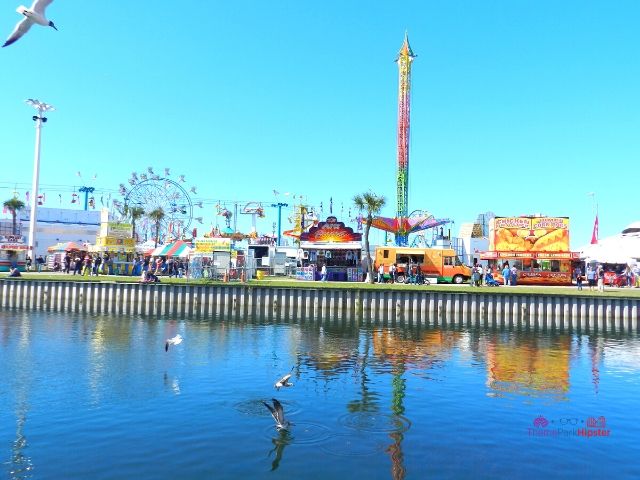 I hope you have already marked the dates in your calendar for the 2021 Florida State Fair. After all, it’s one of the oldest and most outstanding fairs in the country.

I am excited to take you on a complete guide of how to enjoy the entertainment, the food, and the culture of this annual Florida event. 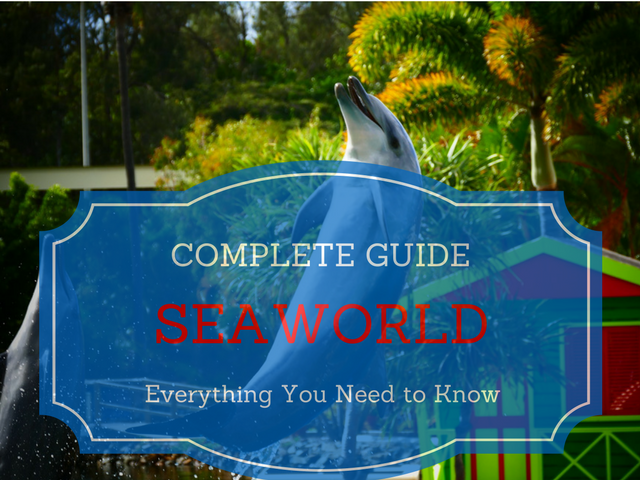 SeaWorld Orlando is one of the last maritime theme parks left in the nation. It’s an aquatic park in Orlando that can be done as a half-day or whole-day park.

This depends on your goals for that day.

SeaWorld Orlando is quite stunning and is in the same family as Busch Gardens.