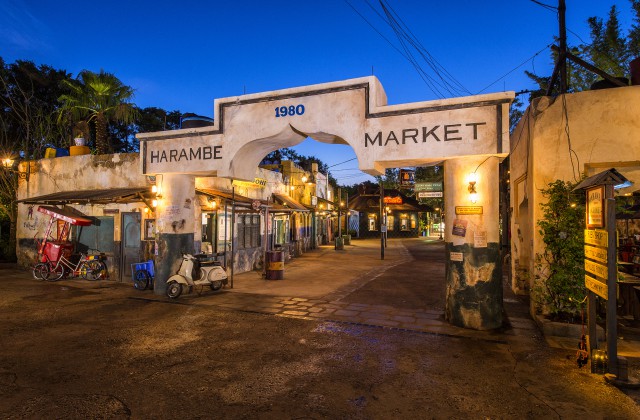 The Harambe Market theme is built around a Colonial-era train depot design complete with a 1960s water tower. The goal of Disney was to re-create a bustling center of commerce where guests are welcomed from around the world. The little seaside town will allow Disney guests to immerse themselves into an eclectic culture with the ability to venture out to the reserve and observe Africa’s animals.

According to Disney Parks Blog, the marketplace is designed to offer guest the sort of food they would find on the street market scene of Eastern Africa. The unique menus are intended to reflect the personalities of the establishments’ owners.

As of late Walt Disney World has not failed in the cuisine department. They truly do a wondrous job transforming stale, costly theme park food into competitive, savory choices that can stand alone with other great restaurants.

Harambe Market opening has caused quite a buzz in both the amusement park and foodie world.

So if any of you Hipsters have gone, I’d love for you to give us your own review of this new tantalizing adventure!

Be sure to contact Laura at Destinations in Florida for the best Walt Disney World vacation package!

This is a sponsored post from Destinations in Florida. The links listed on this page are associated with ThemeParkHipster and are referred to as affiliate links. Click here for the complete Disclosure Statement.