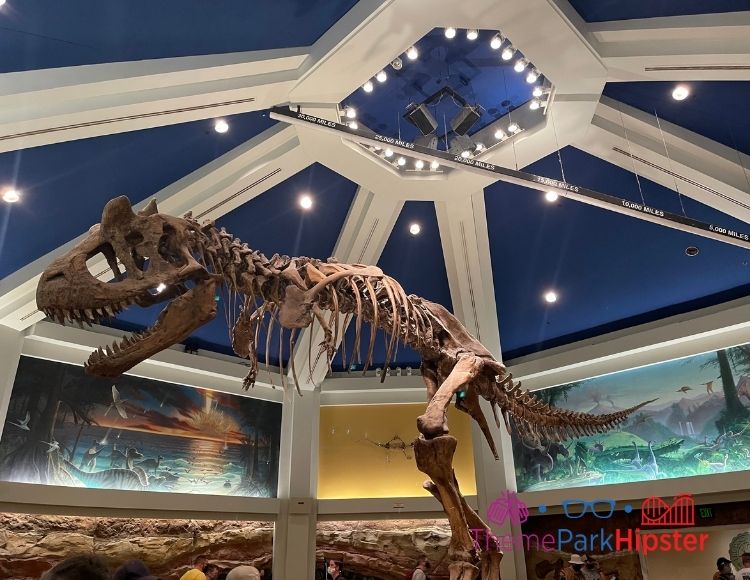 Welcome back ThemeParkHipster!  Today I’m excited to cover one of my favorite topics: the top rides for solo travelers! In particular, the best Animal Kingdom rides.

In the world of theme parks, especially Disney World, it can feel like the whole layout is only planned for big groups or families. And of course, that can make the single rider feel pretty left out.

But today, I’ve got good news, because I’m going to offer you a solution to all of those solo rider worries with the Animal Kingdom rides solo travelers must do!

So, throw those Single Rider stresses out the window and let’s get started planning the best solo Animal Kingdom day ever!

This crazy cool coaster tops our list as the BEST Animal Kingdom solo traveler ride for one very simple reason: it has a Single Rider Line!

Believe it or not, Single Rider lines at Disney World are few and far between – in fact, there’s only one per park – and so when solo ThemeParkHipsters find one, we’ve definitely GOT to tell you about them!

Now, the reason Single Rider lines are the best option for solo travelers is, you don’t have to answer that oh so awkward question, “How many guests are in your party?”

Because you’re in the Single Rider Line, even if you were there with fellow friends, Cast Members only seat you one at a time, no questions asked – aka: the BEST case scenario for a solo traveler.

Another perk of Single Rider Lines?

They move super fast, probably even faster than the Lightning Lane, and that’s AWESOME news considering that Expedition Everest is probably the most popular of all the Animal Kingdom rides.

Aside from being the newest of the Walt Disney World rides, Avatar Flight of Passage always seats you as a Single Rider, even though there isn’t an official Single Rider Line…let me explain.

While the majority of the time you’ll be waiting in the normal or Lightning Lane (which is pretty cool all by itself, might we add), by the time you’re nearing the attraction at the front of the line, Cast Members might begin to call out for Single Riders.

This is because the ride loading area has numbered spaces, and Cast Members like to fill up all the spaces to keep the line moving.

What does this mean for you, a solo traveler?

Chances are better than not that you will be called on to fill up said empty spots; which not only means you get to jump the line. It also means you get out of sitting directly next to strangers or telling the Cast Members that you’re a “party of one.”

And plus, once you finally board the ride, you’ll notice that all riders are seated independently…

So, you and everyone else, no matter how big their party, will enjoy the ride, solo style!

Aside from being a great ride for solo travelers, the Kilimanjaro Safari is one of the best Animal Kingdom rides, period!

You’ll see elephants, giraffes, lions, and more…so close you really will feel like you’ve been transported to Africa!

But, why this ride for our solo traveler list?

Well, every Kilimanjaro Safari truck can hold over 30 passengers! So at the end of the day, almost everybody, not just solo travelers, end up sitting next to strangers.

Plus, the ride itself is so mesmerizing, you’ll forget you’re a solo traveler the second you see your first awesome, precious animal!

Hipster Power Tip: The Kilimanjaro Safari is QUITE the popular attraction as far as Animal Kingdom rides go. So, you’ll either want to head there as soon as the park opens, or get a Lightning Lane Pass (once it’s available). Our suggestion? Get a Lightning Lane Pass+ for 6 p.m. or later, that’s when the lions are awake and start to get active!

A classic crowd favorite of the Animal Kingdom rides, Dinosaur makes our list because it kind of combines elements of the Flight of Passage and the Kilimanjaro Safari to make a pretty great solo rider experience.

More specifically, once you’ve waited on the regular or Lightning Lane line, there will be a big loading room where a pre-ride video is played.

During this ride, we highly recommend that Single Riders move straight across, ALL the way to the other side of the room by the opposite set of doors.

This is because these are the doors that will open right after the video is over to get you into the loading area of the ride. Once this has happened, you’ll see the ride vehicles, which have 3 rows of 4 across.

Like Flight of Passage, odds are pretty good that you will be called up to fill an empty spot in a row.

Either way however, this thrilling, immersive ride happens in the dark, so it’s easy for all riders to feel like they’re a solo rider, while still having the time of their lives!

Now this attraction is one of Animal Kingdom’s best kept secrets that you’ve probably never even heard of!

Rafiki’s Planet Watch is an entirely separate section of Animal Kingdom that can only be accessed via a train ride that many don’t know about!

Now, before you beat yourself up for never hearing about this, Rafiki’s Planet Watch recently went seasonal, meaning it will only be open during peak park times (starting up again this summer)!

How do you get to Rafiki’s Planet Watch?

You can board the train at Harambe Station in the Africa section of the park, and enjoy the educational ride through otherwise hidden parts of Animal Kingdom property.

And, since this ride is a sort of secret, the line for the train never lasts longer than 10 minutes, and guests usually can spread out and even have a row to themselves… #SingleRiderHeaven

Once you depart the train, there are SO many fun places to explore, including the veterinary area where you can watch Animal Kingdom Cast Members care for animals and have a meet and greet with Rafiki!

However, the part of this Animal Kingdom attraction that we really want to note is the Affection Section, which is essentially a petting zoo!

Sheep, pigs, and the like are all awaiting your love in this secret station, and all of the places to visit at Rafiki’s Planet Watch are self-guided, so you definitely won’t feel left out as a solo traveler!

What to Know Before You Go to Animal Kingdom

When is the best time to visit Disney’s Animal Kingdom?

Like any other Orlando theme park, if you’re hoping to avoid long lines and crowds, then your best bet is to book your Disney trip around children’s school vacations, or sometime in September, November (before Thanksgiving), or late January/early February.

What nighttime offerings are available at Animal Kingdom?

Another fun fact about Animal Kingdom that many first time guests do not know, is that there are no firework offerings in this park; and it is the only Disney theme park where that is true.

How come? Well, for the health and safety of the animals, loud noises and explosives definitely aren’t a good idea.

Instead however, Animal Kingdom recently came up with a solution: Tree of Life Awakenings.

Every fifteen minutes or so a short, but exciting light projection show occurs that is just the cherry on top of your perfect theme park day!

Do I need an entire day to spend at Animal Kingdom?

To be honest, this one is really up to you, ThemeParkHipster, and what you hope to get out of your solo travels.

If you’re a thrill seeking type of traveler and only want to enjoy the most thrilling rides, then sure, you could give Animal Kingdom a half- day.

However, if you truly want to experience everything Animal Kingdom has to offer, from interesting shows to viewing all the animal exhibits, then I would definitely recommend setting aside a full day for Animal Kingdom.

Especially because this park has the earliest closing time to accommodate for animal care, and usually is never really open beyond 8 p.m. (and sometimes even closes as early as 6 p.m.).

Well ThemeParkHipsters, I hope you enjoyed reading this Animal Kingdom solo traveler guide as much as I enjoyed writing it!

Do you have any other Animal Kingdom tips and tricks?  Know of any Animal Kingdom rides for solar travelers that we forgot to mention? Let us know in the comments below, because solo theme park travelers get their best research done together.

UP NEXT: Disney Animal Kingdom for Adults: The Definitive Guide for Your Trip