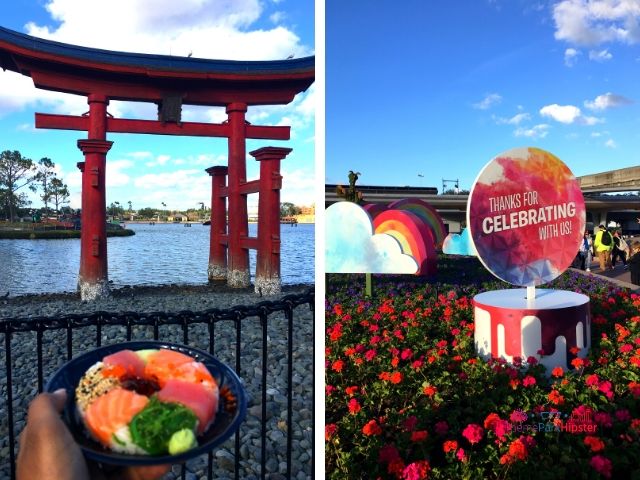 The 2022 Epcot Festival of the Arts menu is finally here! The annual event will run from January 13th to February 20th of 2023!

So, get your palate ready for this Disney fabulous foodie adventure. 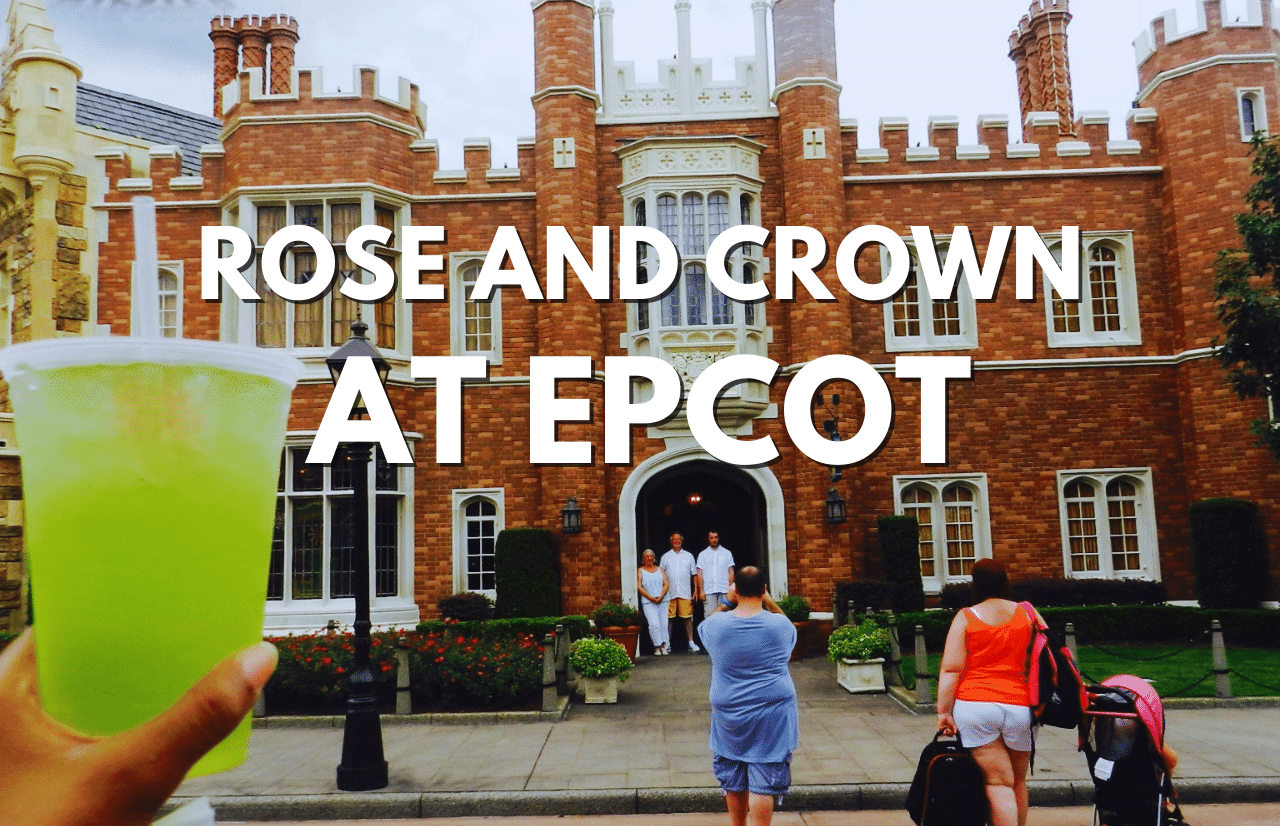 Ready to take on an international foodie adventure at Rose and Crown at EPCOT?

When it comes to dining at EPCOT you have plenty of options, from quick service and table service to the perpetual festivals that are always taking place at the park.

If you’re looking for a nice place to sit down, have a bite to eat, and enjoy the view of World Showcase from a dedicated patio then look no farther than the Rose and Crown Dining Room in the United Kingdom pavilion at the park.

This is easily one of the hardest reservations to get at EPCOT, so if you want to dine here you’re going to want to plan well in advance.

If you’re still unsure about booking a table here, then let me convince you with our review of the Rose and Crown dining room. 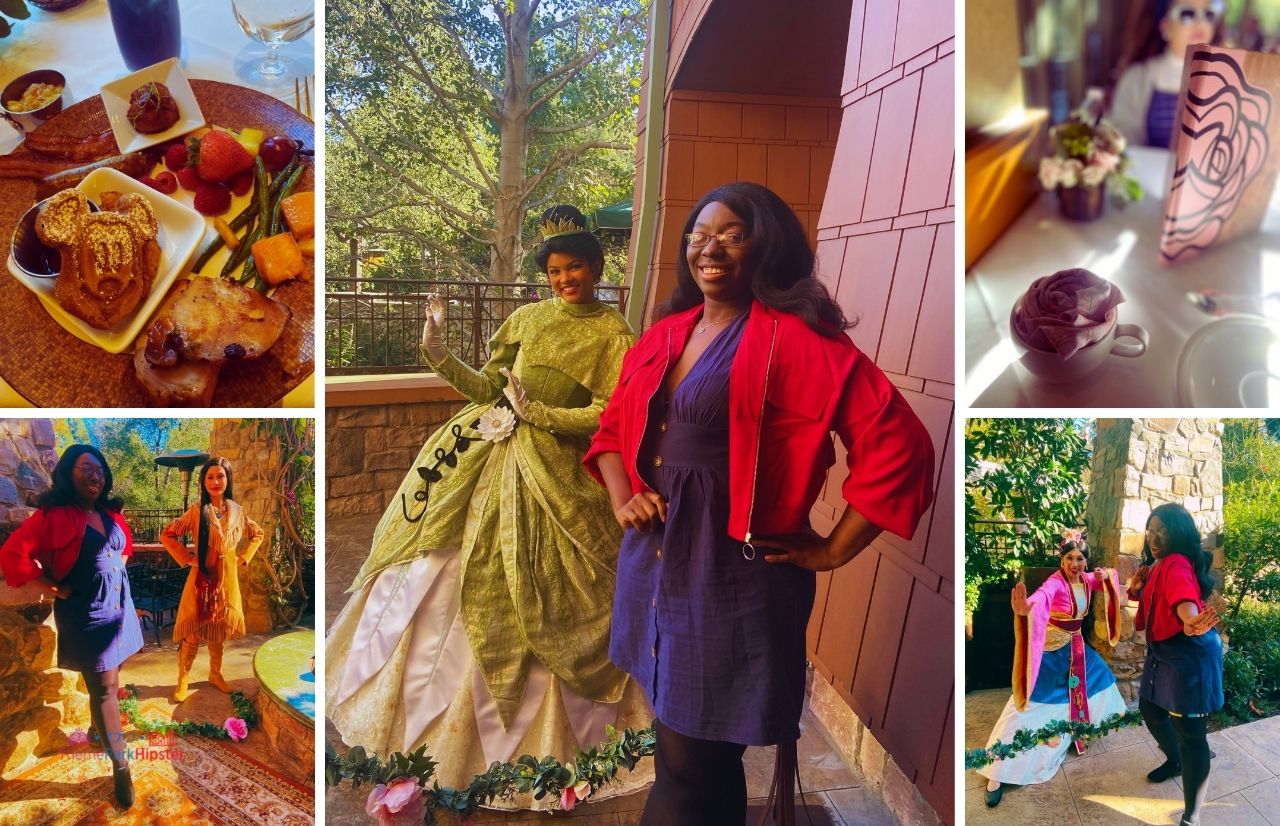 Are you ready to Dine Like Royalty at the Disney Princess Breakfast Adventures?

As a Walt Disney World frequent solo visitor, it’s always a treat to be able to visit Disneyland and explore everything that they have to offer!

I recently visited and was able to try quite a few new experiences like Disney Genie in action and Holiday overlays on classic attractions.

But of course, I simply had to try the food and the Disney Princess Breakfast Adventures experience inside Grand Californian’s acclaimed Napa Rose restaurant, which was highly recommended by local friends.

As someone who has experienced character breakfast offerings in Walt Disney World (WDW), Disneyland and Disneyland Paris, this particular quickly rose to the top.

While the price may scare some people away, let’s dive into why I feel it’s worth it, especially if this is a once in a lifetime visit for a solo traveler.

Important to note that character dining for this location is modified due to the pandemic for safety purposes. 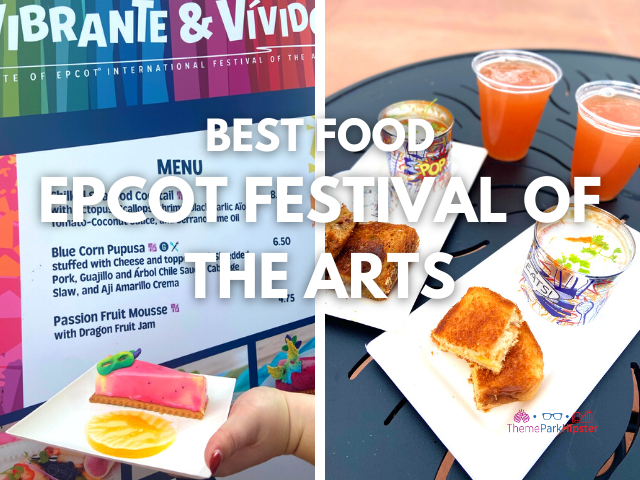 Are you ready to try some of the BEST Epcot Festival of the Arts food?

If there is one thing solo travelers will love, it’s Epcot’s festivals. They are happening almost all the time during the year and it’s one of the best places to visit the Disney parks solo and experience new things, especially food!

Epcot festivals kick off with the Festival of the Arts, where art forms of all varieties are celebrated. Artists come to showcase their pieces and do signings.

There are also fun artistic styles and photo-ops in place all over the parks. Plus, yummy themed food is out for all Guests to try!

There is so much to do, see and experience at Epcot Festival of the Arts. This year I had a chance to try out some of the festival’s food booths and all they had to offer.

I enjoyed quite a few eats and beverages around the festival and I’m excited to share them with you and some from the past. 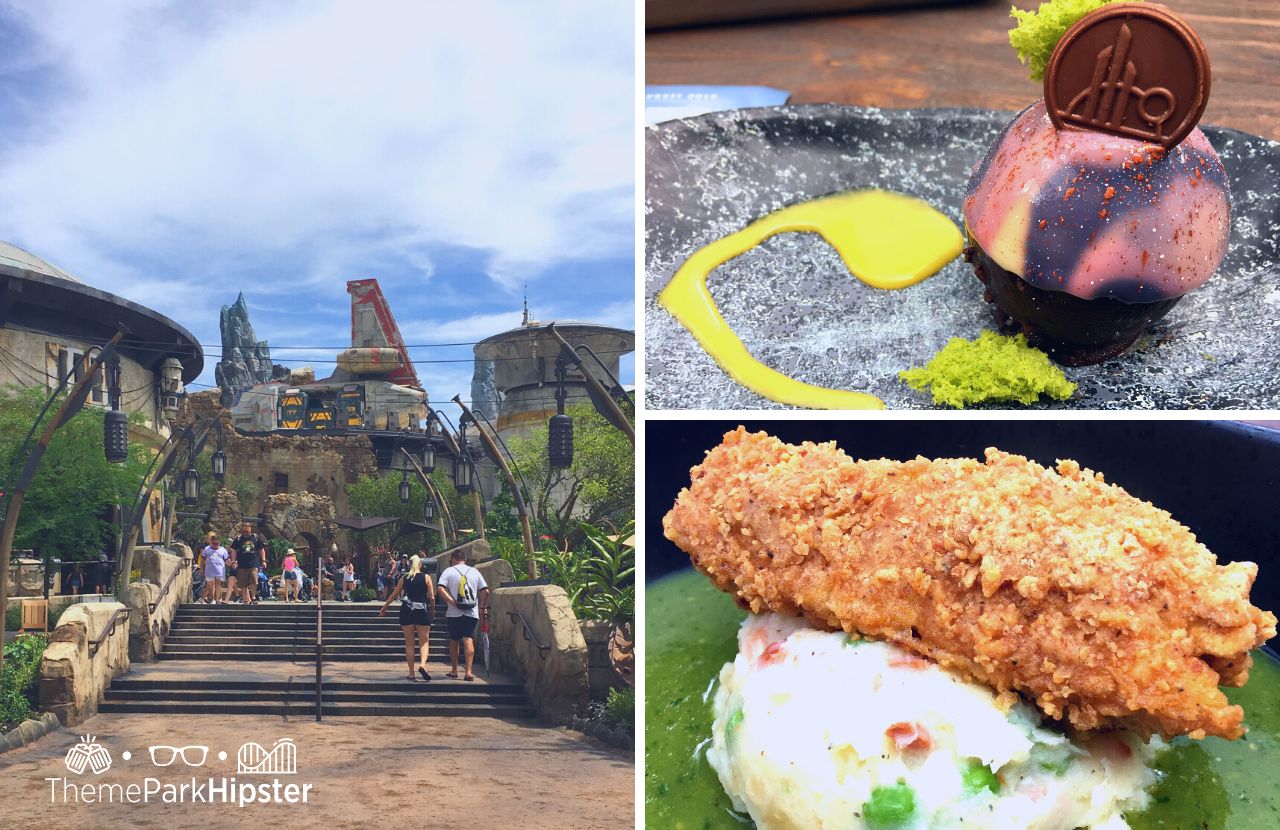 Are you ready to blast your tastebuds into hyperspace? Good, because I’ve got a list of the top 5 Best Things to Eat at Docking Bay 7 that is absolutely out of this galaxy!

This highly themed counter service restaurant showcases an exotic menu that is flavor and foodie friendly.

Today, I’m not only going to cover the some of the best food in Star Wars Land, but I’ll also touch on how many credits they cost, backstory, and atmosphere, as well.

OH – and be sure to stick around till the end, because I’ve also got a secret recipe that’ll show you how you can try one of these unusual dishes at home! 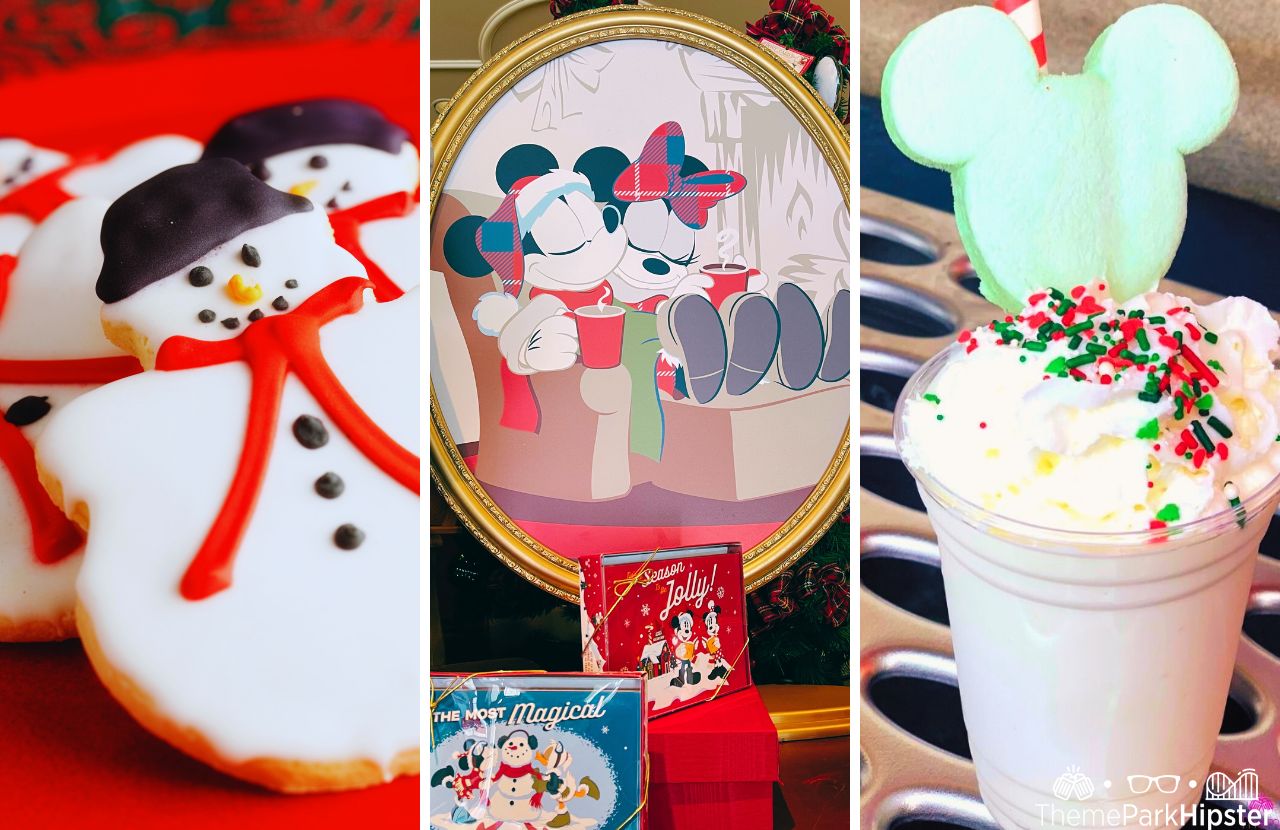 Are you looking for the absolute BEST Disney Christmas treats for this holiday season?

Listen up all you foodies out there, Santa has been extra good to us this year by bringing some of best goodies we’ve ever seen to Walt Disney World!

But if you really want to get your hands of these limited time sweet treats, you’re going to need to study up!

Today, I’m going to show you the Top 10 Disney Christmas Treats and Desserts, where to get them, as well as some helpful tips and FAQ.

So, if you’ve got dreams of sugar, spice, and everything nice… let’s goooo! 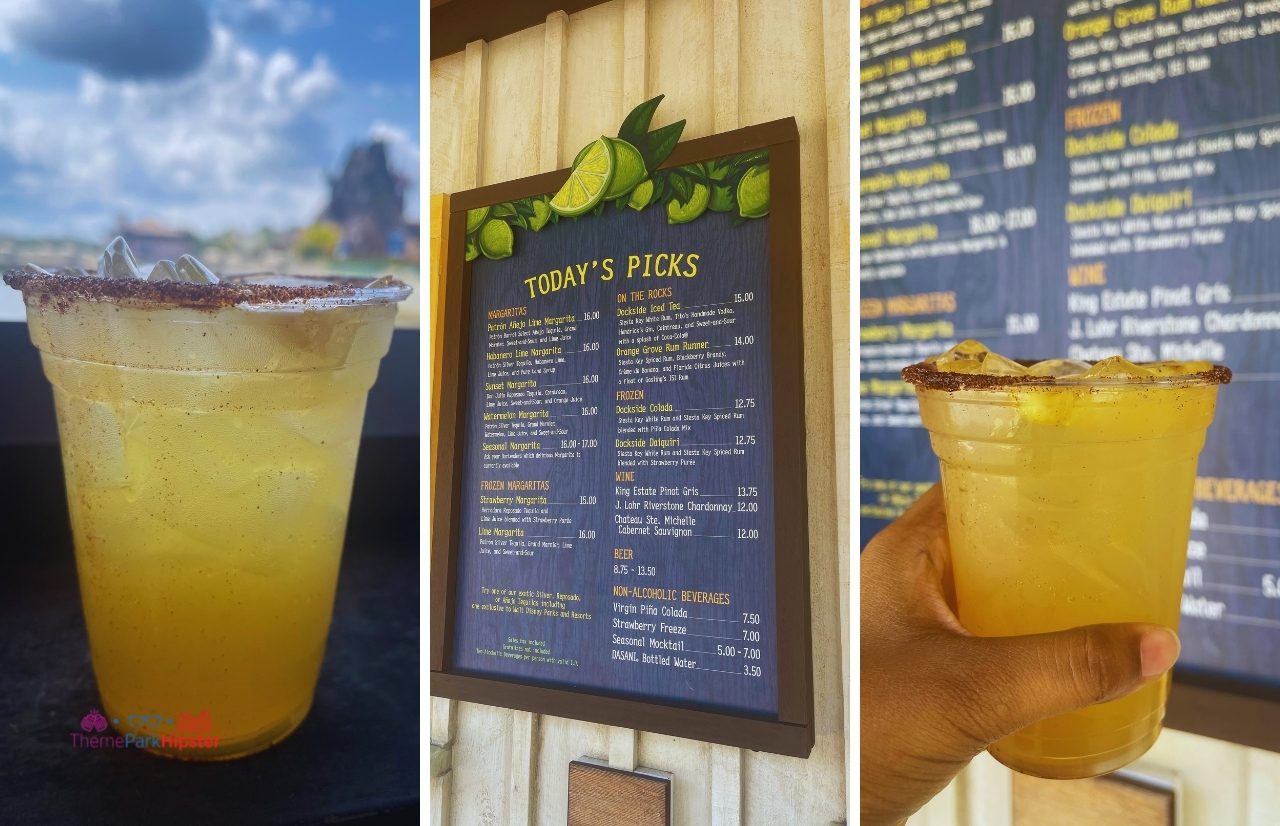 Are you ready to enjoy some of the best drinks at Disney Springs?

Need a little guidance before you head out there and do a little solo traveling? I’ve been there… and I’ve got you!

I’ll discuss where to find them, how much they cost, and a little extra bonus info, as well.

OH – and be sure to stay tuned till the end, because I’m going going to show you how you can make one of Disney Springs most memorable martinis from Jock Lindsey’s Hanger Bar!

Lets start by exploring my list of the 7 Best Drinks at Disney Springs! 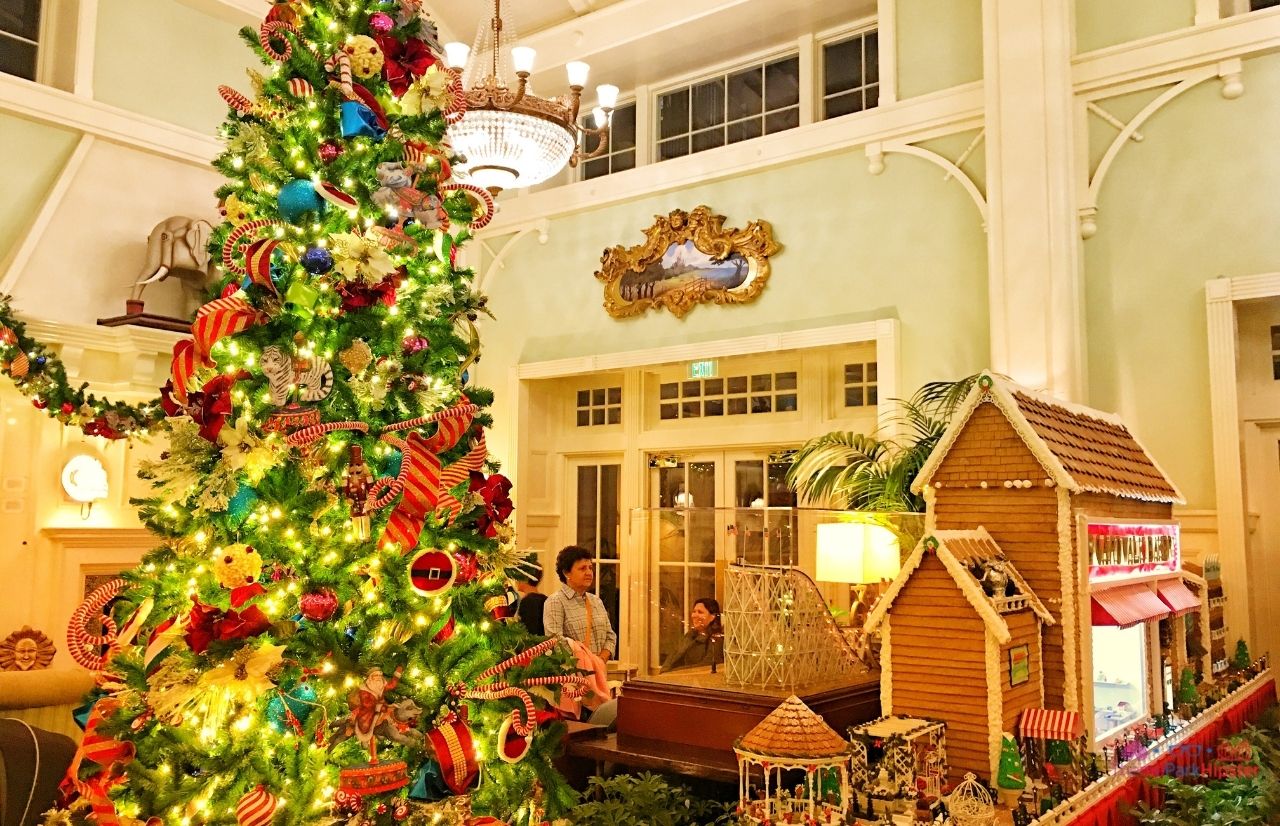 Can you smell the sweet aromas of the Disney World gingerbread houses coming from this page?

Well maybe I am pushing the imagination button just a bit, but I’m super excited to share with you something really cool that Disney does for the holidays.

Each Christmas season, the Disney Parks and resorts displays the most over-the-top gingerbread houses for everyone to enjoy each year.

Many of the beautiful displays can be seen for free and yes, I did just say free! 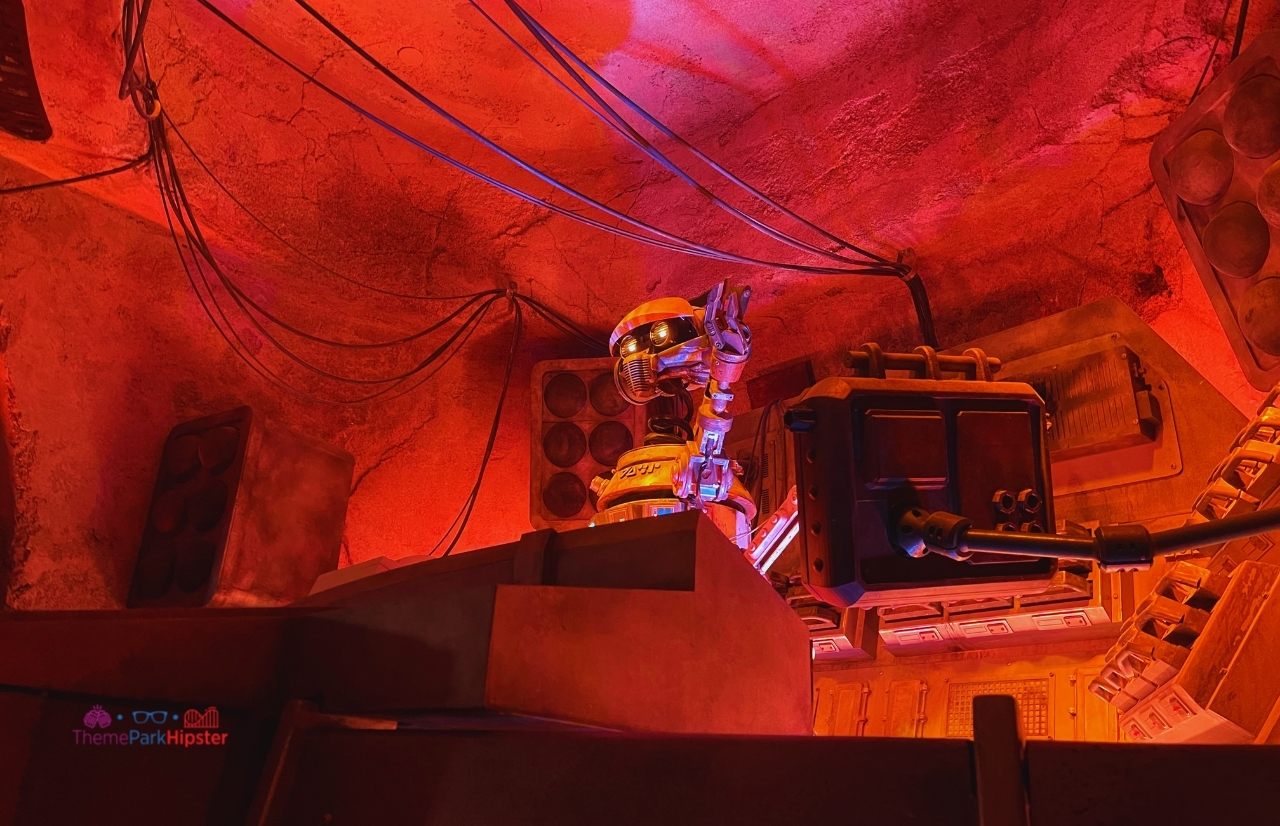 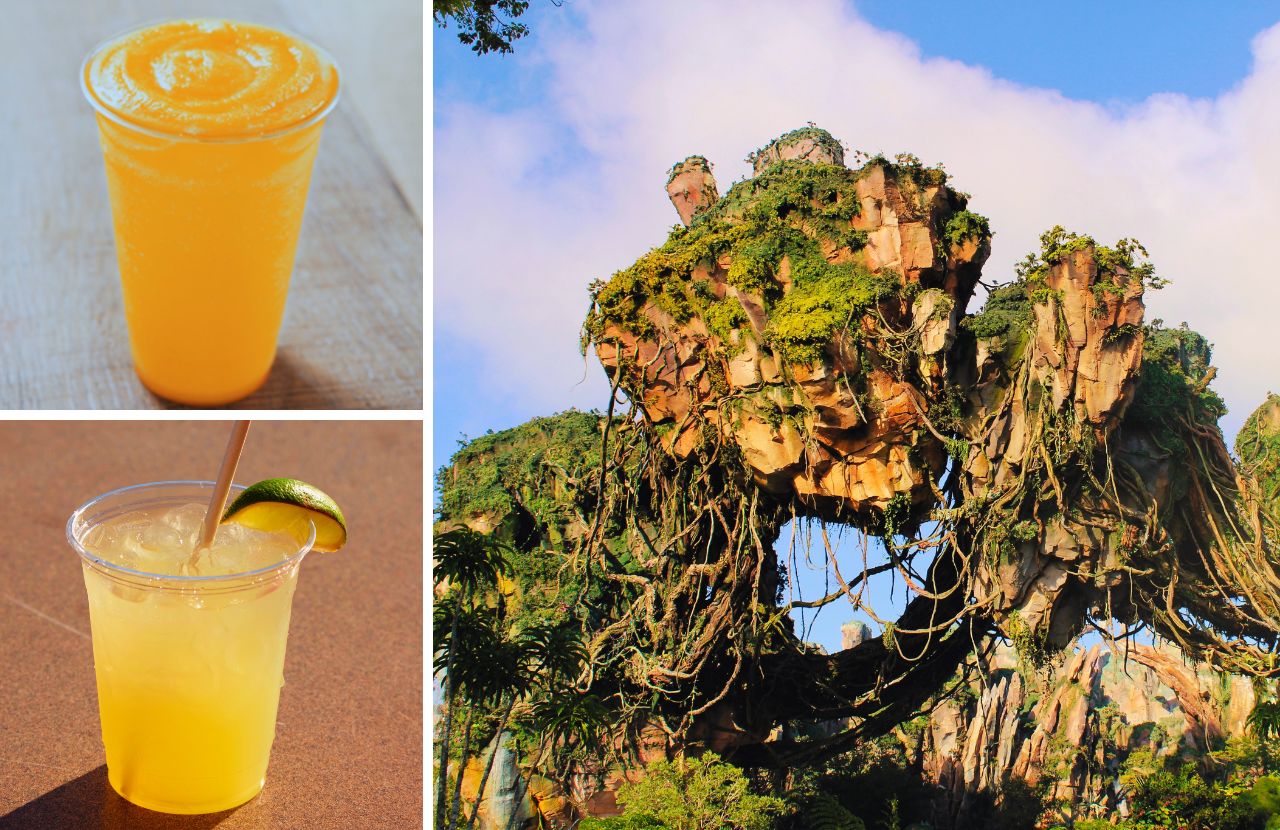 Looking to get your hands on some of the Best Drinks at Animal Kingdom? I’ve got you, ThemeParkHipsters! But beware – it’s a jungle out there!

Disney’s Animal Kingdom seamlessly brings to life the majestic landscapes of Africa and Asian, encourages Dinosaurs to freely roam about, and teaches us humans how to live in harmony with the Na’vi.

Rich in backstory, there is no end to where each of these exciting adventures can take you. Especially when they extend beyond the stage and into your glass!

I have compiled a list of the 7 Best Drinks at Animal Kingdom, each one as captivating and creative as the next. I will discuss where to find them, how much they cost, and a little extra bonus info, as well.

OH – and be sure to stay tuned till the end, because we’re going to show you how you can make one of Animal Kingdom Lodge’s most memorable coolers from the one and only… Saana!

So, if you’re feeling thirsty and ready to brave the wild – let’s goooo!