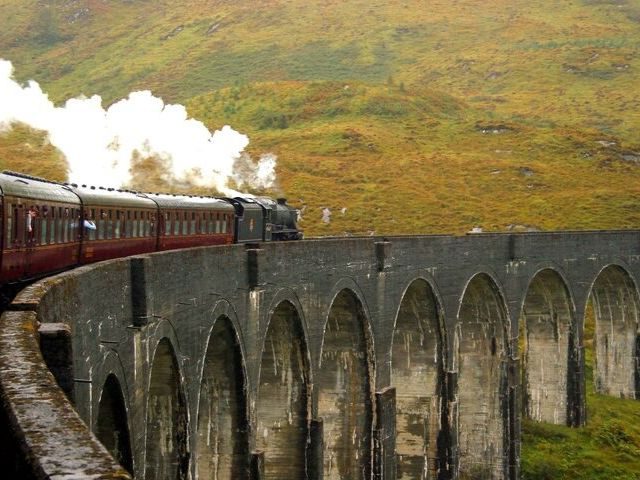 “You’re a wizard Harry!” This line is very familiar to the fans of J.K. Rowling’s Harry Potter series. Those few words spoken by our favorite half-giant led us on a seven year adventure of magical triumphs and divine destinies, all starting in Diagon Alley.

I know as a fellow Potter fan you’ve imagined yourself walking down the famous alley going from shop to shop and chatting with the citizens of this world.

In my mind we’d have passing conversations about the previous defeat of the Chudley Cannons and who was on the cover of the latest issue of Witch Weekly.

Perhaps we all can remember Harry’s awkward pronunciation of D-Dia-gon Alley, which landed us directly into the dark artifacts store of Borgin and Burkes. A storefront on the eerie street of Knockturn Alley.

The infamous alley is known to harbor shady witches and wizards conducting suspicious dealings with canines and other shadowy creatures.

Some may say that frequent thoughts, such as those above, categorize us Potterheads into the group of admirers addicted to Diagon Alley.

I would rather disagree, but while pondering such accusations I came up with reasons why we might be an addict of Diagon Alley.

1 – You have your family heirloom waiting to be deposited into Gringotts, the wizard bank!

…besides Hogwarts of course.

2 – You feel the need to stop by and chat with Doris Crockford and give Dedalus Diggle.

Your dream is to give them a hand shake in the Leaky Cauldron before making your way through the magical brick wall into Diagon Alley.

3 – You want to talk Mr. Borgin down on the price for the Hand of Glory.

After all, it’s old, withered, and has been sitting on the shelf collecting dust for years.

4 – You’re ready for your book to be signed.

You will be the first in line at Flourish and Blotts to have your copy of Magical Me and Holiday with Hags. Both books would be signed by Gilderoy Lockhart.

You have already made a shopping list complete with:

6 – Your apartment is move-in ready.

You have staked out the perfect apartment above the Magical Menagerie shop and you want Dolores Umbridge to decorate it.

Your appointment with Madam Malkin for a custom robe fitting has already been scheduled seven months in advance.

8 – Your perfect spot on the Knight Bus has been chosen.

You view the ride on the Knight Bus with Ern as a bucket list item ready to be conquered!

You have declared yourself the official ice cream connoisseur. It becomes your duty to taste every unique flavor at Florean Fortescue Ice Cream Parlor.

10 – You really want a reservation at the Leaky Cauldron.

You’re hoping Universal will allow you go ahead and book your room. You want room eleven to be precise at the Leaky Cauldron.

…well at least for one night because you’re a true wizard stuck in this muggle world!

Diagon Alley at Universal Studios – What to Know Before You Go

The Wizarding World of Harry Potter in Orlando is divided into two sections.

Where is the Real Diagon Alley?

The “real” Diagon Alley is located inside the Universal Studios Florida theme park.

But if you’re a Harry Potter purist, then according to the books the alley is accessible from  London through the Leaky Cauldron, which is on Charing Cross Road.

The Leaky Cauldron is a location that is only seen by wizards and is located between a bookshop and a record shop.

There are also two contenders for the REAL Diagon Alley in the “real world.”

Most Potter fans debate between the two following locations:

The Cecil Court area has lots of bookshops and historic looking storefronts.

The Godwin’s Court area is very reminiscent of Diagon Alley with its whimsical looking houses and buildings.

What is Diagon Alley Universal Address?

How Much are Tickets to the Wizarding World of Harry Potter?

There are a few options to choose from for Florida residents when buying a ticket for any of the Universal Orlando theme parks.

*Prices are subject to change.

You can view the whole list of ticket options here and save money too!

Did you know that you can get Groupon Universal Studios tickets? You can find them here.

Visiting both areas Diagon Alley (at Universal Studios) and Hogsmeade (at Islands of Adventure) will require you to have a 2-park ticket.

How is Butterbeer served?

Sooooo many to choose from!!!

Where to find Butterbeer?

You can find a Butterbeer offering of some sort inside this section of Universal Studios at:

If your smile is as wide as mine and you can say yes to at least three, then you’re probably already addicted to Diagon Alley.

Although the severity of your addiction may not be as deep as mine, we may both need an unwanted intervention.

Let us know why you love the Harry Potter series in the comments section below!