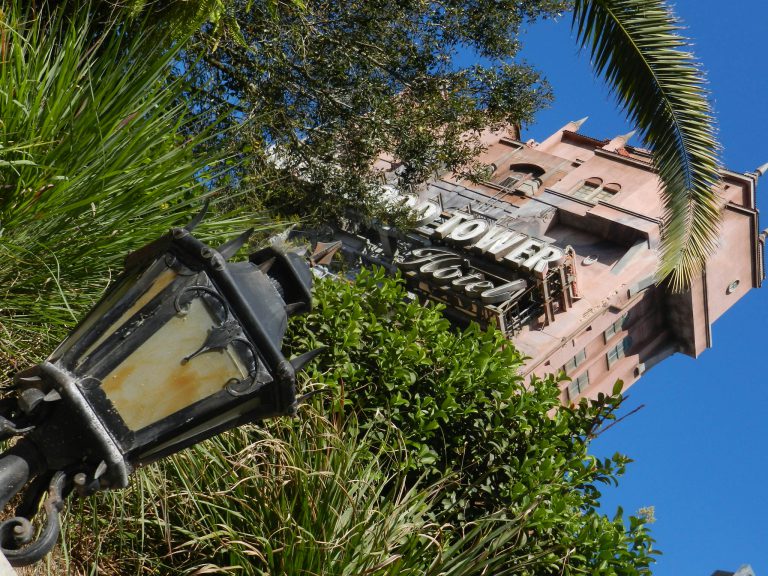 Do you know what the best rides at Hollywood Studios are for your Disney trip?

Disney’s Hollywood Studios has recently finishes a multi-year overhaul that completely changed everything you might have thought about the park being a half-day park.

While we love new additions like Star Wars: Galaxy’s Edge and Toy Story Land, we also love old favorites like Star Tours and The Twilight Zone Tower of Terror.

When it comes to touring Disney’s Hollywood Studios as a solo traveler, there are a few things to keep in mind. These include what rides typically have the longest wait times (hello, Slinky Dog Dash), and what rides have a Single Rider Line.

We’ve rounded up seven of the best attractions to hit up while at the park as a solo traveler.

1. Star Wars: Rise of the Resistance

The most popular, and hardest to ride attraction at Walt Disney World is Star Wars: Rise of the Resistance inside Star Wars: Galaxy’s Edge.

Assuming you were able to get a coveted boarding group at one of the two drop times, you’re in for an epic adventure that only Star Wars can bring.

The ride starts out on a hidden rebel base on Batuu, then launches you onto a Star Destroyer, where you’ll encounter Kylo Ren and his legions of stormtroopers.

If you haven’t been able to snag a boarding group for this yet, we highly recommend trying each time you go to Walt Disney World, because this ride is worth it. Making it the best rides at Hollywood Studios.

This is one of the few rides at Disney’s Hollywood Studios with a Single Rider Line, so it’s a definite must for all solo travelers.

The attraction takes you on a whirlwind journey through Los Angeles as you make your way to an Aerosmith concert. The coaster is one of the fastest rides at Walt Disney World, reaching speeds of 60 miles per hour in just a few seconds.

If that doesn’t make you want to hop in line, then maybe the fact that the track has two inversions and a corkscrew will!

One of the newest attractions at Disney’s Hollywood Studios is Millennium Falcon: Smugglers Run, located inside Star Wars: Galaxy’s Edge.

The simulator attraction allows you and a group of other people to pilot the fastest hunk of junk in the galaxy. While pilot is always the preferred position inside the cockpit of the Falcon, there are two other jobs to do, including gunner and engineer.

During your trip from Batuu to wild space you’ll be working with Hondo Ohnaka, a space pirate from Disney’s animated series The Clone Wars, to smuggle a dangerous substance called coaxium.

Once your mission is complete you’ll be rewarded based on how much damage you do to your ship.

We typically shy away from “game” style attractions, but one we love to do as a single rider is Toy Story Midway Mania inside Toy Story Land.

This beloved attractions pits you against the other people in your ride car to rack up the most points as you play virtual carnival games.

Our personal favorite is Dino Darts, which features Rex from the Toy Story series. Before riding this you’re going to want to watch a few YouTube videos on secret targets to hit to get the most points in your car.

5. The Twilight Zone Tower of Terror

One of the most iconic buildings, and rides for that matter, at Walt Disney World is the massive pink hotel that houses The Twilight Zone Tower of Terror.

As you start your journey up to the hotel you notice that things aren’t going too well. The hotel is decrepit and generally run down.

After watching a short pre-show about the lore of the hotel you’re escorted to a hotel that will take you to your room, but it’s really taking you on a journey to the Twilight Zone. After a few gravity defying drops you’ll likely be running to get in line again. Making it one of the best rides at Hollywood Studios

The newest attraction at Disney’s Hollywood Studios is Mickey and Minnie’s Runaway Railway, which took the place of The Great Movie Ride. The attraction is super family friendly, but that doesn’t mean solo travelers won’t enjoy it.

During the ride you’ll be invited into the cartoon world of Mickey and his pals as they go through a set of wild and zany antics including a dance class, cowboys in the wild west, and dive deep into the ocean.

Throughout the years Star Tours has changed, but one thing that hasn’t is that it’s a great attraction for solo travelers.

The 3-D simulator ride takes you from a ship hanger in the middle of space to planets like Hoth and Batuu. You might also encounter a few familiar faces like Poe Dameron, BB-8, and even Darth Vader.

The ride can be intense for people with motion sickness problems, so be sure to prepare accordingly.

Hipster Power Tip: You cannot get two boarding groups in one day.

Final Thoughts on the Best Rides at Hollywood Studios