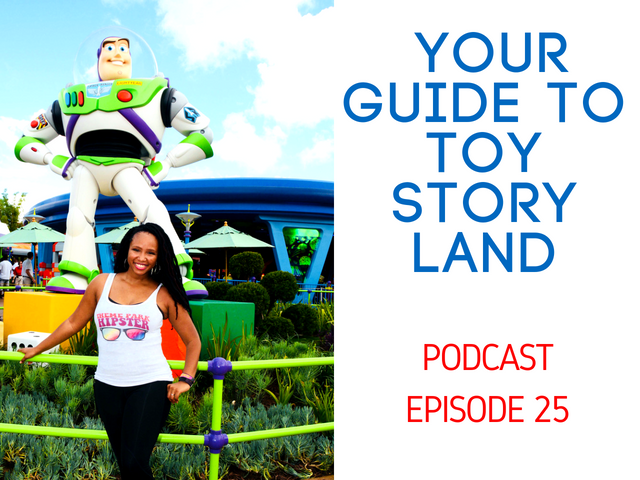 Today I have a real treat for you— we are going to go over everything you need to know about doing Toy Story Land at Disney World!

Toy Story Land is based off the Disney-Pixar franchise that stars Woody, Buzz, Jessie and the whole crew!

As you listen to this episode you will learn 11 first timer tips to doing Toy Story Land in Orlando like a pro!

Today We’ll Uncover How to Make the Most Your Time and Why You Must Visit Toy Story Land at Disney World:

Which park has Toy Story Land?

You can find this new area inside of Disney’s Hollywood Studios near the Pixar area of the park.

What are the new rides in Toy Story Land at Disney World?

For now, you should knock out all the rides in Toy Story Land since it’s the most popular area at the moment.

Once Star Wars: Galaxy’s Edge opens, then you’ll want to make that area a priority on your trip.

What do I do if I’m too scared to go to Hollywood Studios alone?

Don’t worry, you got this!

Plus, I’m here to help hold your hand throughout the planning process. I don’t want fear to be the reason why you don’t plan your epic solo Disney trip.