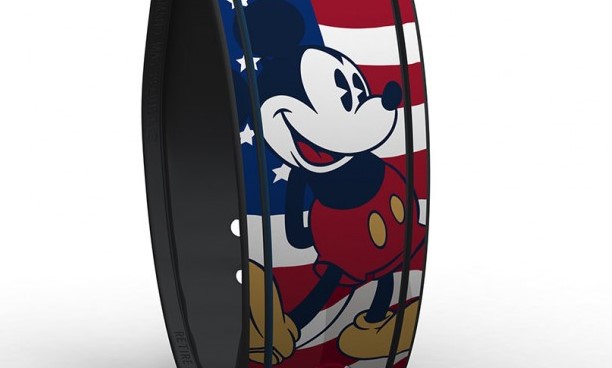 The newest retail MagicBand coming from the Disney merchandise team, features a patriotic Mickey Mouse standing in front of an American flag. This limited release item costs $24.95 and can be found in select merchandise locations throughout the Walt Disney World Resort.

There is also a new Fourth of July limited edition pin with Carl and Ellie from Disney-Pixar’s “Up.” This pin has an edition size of 3,500 and will be released at Disneyland and Walt Disney World Resorts, as well as a new open edition Minnie Mouse bow decorated in red, white and blue.

There will be new shirts coming out of the Fourth of July collection that will include a tank top and short and long sleeved options to complete this festive Disney theme park merchandise selection. These designs will be similar in both California and Florida with the only differences being the name of the Disney Resort destination.

Several new items are on their way or have already arrived at Disney theme parks. Let’s check out what’s in store for the rest of 2015 for Disney merchandise: