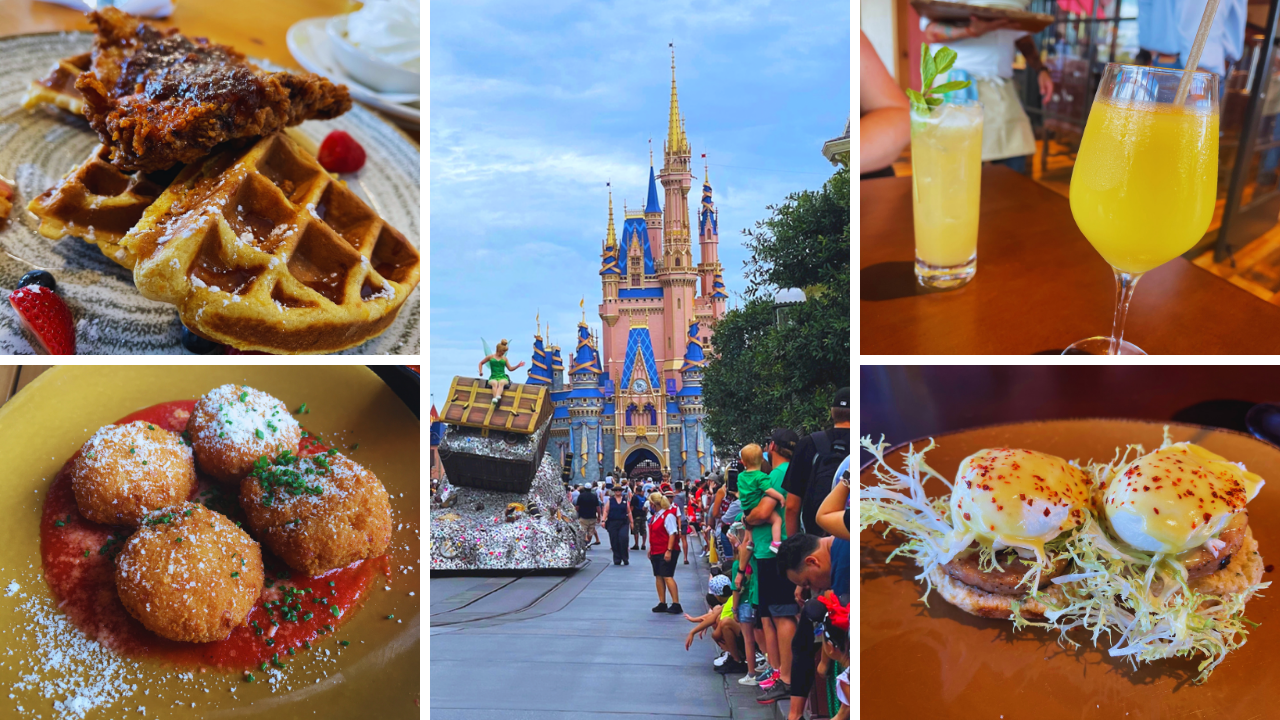 What’s one of your favorite Disney World snacks?

If there’s one thing Disney fans absolutely love about the Disney Parks, it’s chowing down on some delicious food and drinks!

Whether you are exploring the food offerings at one of Epcot’s many festivals, trying a new eatery in Disney Springs or stopping by your favorite Disney resort for a lesser known snack, there is truly something for everyone!

Over the years, Disney has created some amazing snacks and sadly they have been taken away from us. Or it’s the opposite like the infamous “animal poop” snacks from Disney’s Animal Kingdom and they were quickly taken away after backlash.

Being a Disney foodie, I am determined to try everything and anything the parks have to offer at least once. And you will never know where the next best thing will pop up.

Today, I will be saving you some time and sharing with you what snacks I think you absolutely have to put on your to do list and which ones to avoid like the plague.

This won’t be in any particular order but we will get the worst ones out of the way now, so let’s dive in!

These have been a staple in the Disney Parks and in theme parks for years. The jumbo turkey leg debuted in Walt Disney World in the 1980s and grew so popular that they began selling them at Disneyland too.

Where to find the Disney Jumbo Turkey Legs?

You can find these with a long line in Liberty Square Market and recently added to Sleepy Hollow Refreshment’s menu for $12.49 and only served after 11a.m. in Magic Kingdom.

They can also be found at Fife and Drum Tavern in America Pavilion at Epcot’s World Showcase for $13.25. These are currently the only places where you can purchase and try but for obvious reasons, I would go get it from Magic Kingdom.

As far as taste, it’s very salty and unappetizing. There are much better ways to get protein at the parks plus, carrying a huge piece of meat around is fairly tedious to say the least.

More importantly, you will get full and sluggish once you are done devouring it. The smell alone is a major turn off but it is a practical snack if you are sharing with others and in that manner, its cost efficient.

But rather than spend $12-$13 on this snack, you’re better off just grabbing a meal from one of the nearby restaurants that cost the same price and be able to get a drink and a side.

Another interesting item that Disney has recently tried to start making trendy is their cupcakes. At first thought and look, these look very fun, vibrant and quite frankly scrumptious.

Unfortunately, the Disney cupcakes tend too be way too sweet and sugary.

Sometimes they can even be dry based on my experiences. Its usually overdone with the frosting as well. Usually the more Instagram worthy it is, the worse the cupcake.

You will literally be drowning yourself with water after eating a Disney cupcake. They are super elaborate and pretty but don’t be fooled.

If you want a decent cupcake, head over to Sprinkles in Disney Springs instead or Boardwalk Bakery.

Cupcakes can usually be found all over the parks and resorts, particularly in cafes or bakeries. They range from about $5-$8 but like I said, don’t be deceived by how pretty they are. Things are not what they may seem when it comes to these.

While Casey’s Corner in Magic Kingdom is known for its corn dog nuggets, Guests may be intrigued when they see items such as the bacon macaroni and cheese hot dog and the chili cheese hot dogs on the menu.

Personally, I feel that, while these two both do taste fairly decent, they are way too big for a theme park snack, especially when you do the foot long version.

This makes the worst list because more than likely you won’t be able to finish it not to mention, one doesn’t normally think a chili cheese or bacon mac and cheese hot dog might sound good during a hot summer day at Magic Kingdom.

This is another one on the list that will make you feel really sluggish too and slow down your park day.

Now that we got that one out of the way, let’s talk about 3 of the best snacks that you simply must partake in when visiting Disney World!

These absolutely delicious snacks can be found at a cart in front of the entrance to Adventureland in Magic Kingdom.

The only downfall is its price at $9.25 for two egg rolls but they are a great and definitive snack for a magic kingdom visit. It fills you up, but doesn’t give you that sluggish feeling.

What’s Inside This Disney Eggroll?

The cart usually has a seasonal egg roll that accompanies the staple cheeseburger egg roll. You can buy two of one kind or one of each for the above price.

This snack has grown in popularity so you have to catch it at the right time because once they are gone, they are gone for the day!

This is an extremely popular treat to try, especially since its mickey shaped!

You can find this delightfully airy treat at Sleepy Hollow refreshments near the entrance to Liberty Square, close to the Cinderella castle bridge.

The treat is drizzled with refreshing strawberries, perfect for a summer day at Magic Kingdom and the powdered sugar gives it just enough sweetness to where its not overwhelming.

It’s a nice treat to share, but it’s so yummy that you may be tempted not to do it.

There is seating nearby too so you can actually sit and savor every bite. Not bad for a snack that’s affordable at $6.79.

This delectable and yummy treat can be found in France pavilion at Epcot’s World Showcase and gorgeously presented in a “newspaper” wrapping.

Hidden in the back of France Pavilion is L’Artisan Des Glaces ice cream parlor serving up so many delicious variety of treats.

My personal favorite is the Ice Cream Martini but it has some major competition with the Brioche Ice Cream Sandwich.

At $7, its affordable and worth the price you pay for its size.

What is great about it is that you can personalize it to your taste. You select a flavor, then your topping of choice, watch them create it right before your very eyes in this intriguing brioche maker and VOILA!

It can be topped with chocolate or raspberry sauce too.

There are so many awesome snacks that you can try all over Disney World, so think of this as part 1 to the extensive list of what’s to come. We will call this an appetizer and will have a snack entrée soon!

Until then, what do you consider to be the best and worst snack at Walt Disney World? Let us know in our Facebook group!

UP NEXT: Where to Find Dole Whip in Disney World (Ultimate Guide)