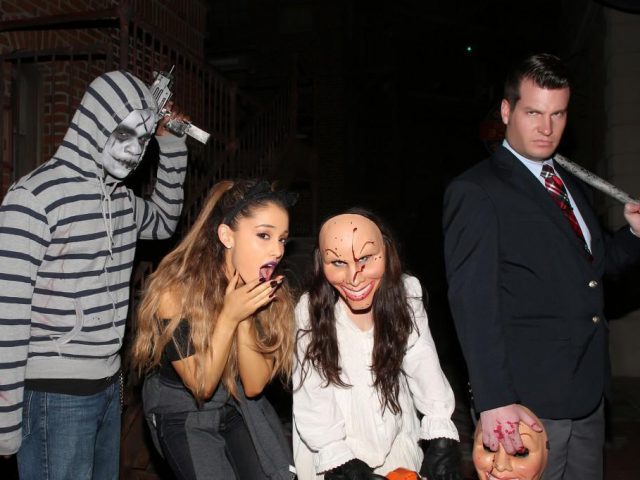 Halloween Horror Nights was filled with terrifying scareactors and the guests who craved the screams. Among guests were some of Hollywood’s famous stars and starlets.

Mexican actress and singer, Eiza Gonzalez, and her “From Dusk Till Dawn” co-star, DJ Cotrona, got more than one good scare while experiencing Universal Orlando’s Halloween Horror Nights 24 on October 26, 2014.

Greg Nicotero, Co-Executive Producer and Director of Special Effects Make-Up for AMC’s The Walking Dead, found himself surrounded by a horde of walkers at Universal Orlando’s Halloween Horror Nights 24. During his visit to the event on October 25.

Until next year, Happy Haunts Hipsters!