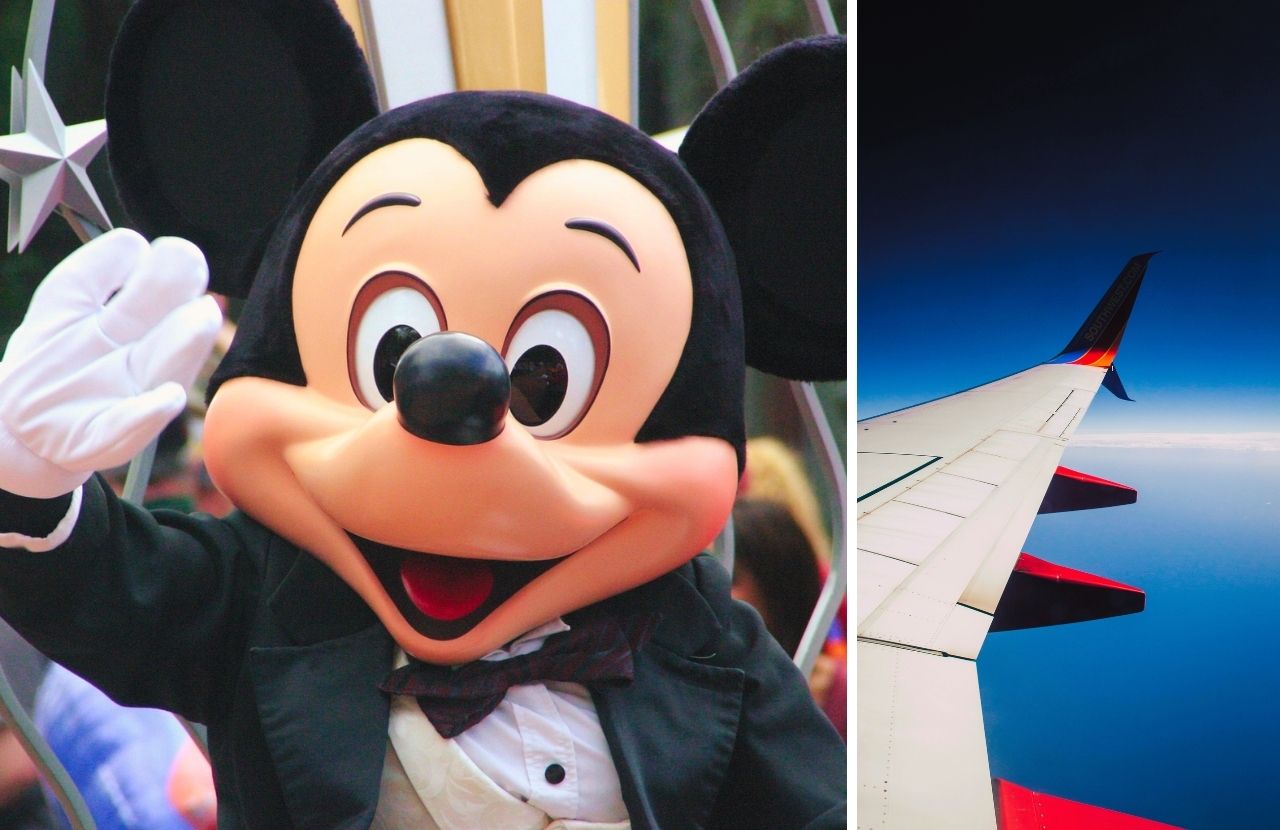 Are you trying to figure out what is the best airport to fly into for Disneyland?

When planning a trip to Disneyland, one of the big factors that comes into play is the flight and the cost.

Most people are torn between Los Angeles International Airport (LAX) and John Wayne Airport, both in decent proximity to Disneyland. But which is the better option?

This will depend on where you are flying out of, your budget, your availability, your trip dates and so much more!

Having to think about this can easily stress you out on top of everything else you have to plan for your Disneyland vacation.

But don’t worry, I will go over each airport, along with their pros and cons to better help you make the best decision.

What to Expect at LAX for Your Disneyland Trip

Los Angeles International Airport, or LAX, as I will call it going forward, is located in the city and opened in 1928.

The airport is the third busiest airport in the world and second busiest in the country due to its ability to be a hub for guests going in and out of the country.

LAX is very popular for travelers going to Asia, Mexico and Central America.

You have a wide variety of ways to make your way into the city and to the airport via ride share, transit bus, train, shuttles, taxis and more.

LAX is also a hub for Alaska, American, Delta, Polar and United Airlines, making it a good option if you plan on flying any of these airlines.

Now You Can Fly to Los Angeles for LESS! Get all the Deals TODAY!

Benefits of Flying Into LAX for Disneyland

Some of the pros to flying in and out of LAX are that there will most likely be more flight options for you because it services such a huge population.

This could mean you could easily catch a cheap flight if you start looking early enough.

There is also a wide variety of food and shopping options for you to choose from while you are waiting for your flight as well.

The airport is obviously larger as well since it services international as well as domestic travelers so it possibly can be harder to navigate.

Recommended: Can I Take a Backpack and a Carry-On? Your Full Guide

How long does it take to get through TSA at LAX?

Depending on the time of year, getting through TSA at LAX is a breeze. I have never waited longer than 20 minutes on my Disneyland vacations.

How far is LAX from Disneyland?

One of the cons for going using LAX for Disneyland is its distance and that’s usually the drawback for some people. LAX is 35 miles away from Disneyland, but the catch is that it can take a while to get there depending on traffic.

On the days where traffic is great, it can take about 35 minutes to get to Disneyland from LAX.

However, if the traffic is terrible, it can take about an hour and a half to get to the Disney Park from Los Angeles.

How much is an Uber from LAX to Disneyland?

Because of the Los Angeles traffic, you are looking at spending between $80-$100 each way with Uber/Lyft.

What to Expect at John Wayne Airport for Your Disneyland Trip

John Wayne Airport, originally named Orange County due to its proximity to Irvine, Anaheim, Costa Mesa and Newport Beach, had its first airstrip constructed in 1923.

This airport is also known to be where Howard Hughes set the stage for his world record speed flight.

It was renamed “John Wayne” as a memorial to the actor in 1979, as he lived in Newport Beach nearby.

John Wayne Airport has two runways with the main one being considered one of the shortest at any major US airport.

The airport services some international flights to and from Mexico and Canada.

What Airlines are available at John Wayne Airport?

One of the best things I like about John Wayne Airport is just how close it is to Disneyland and that it’s easy to access via car, ride share, taxi or private shuttle.

Benefits of Flying Into John Wayne Airport for Disneyland

The most obvious pro for John Wayne Airport is its proximity to Disneyland and Knott’s Berry Farm.

The airport is also smaller which makes it much easier to navigate and there is little to no traffic if you are renting a car.

How far is John Wayne Airport from Disneyland?

John Wayne is only 12 miles away and a 15 to 20-minute drive to Disneyland. This makes it the most cost-effective option if you are using Uber/Lyft.

When to Buy Flights tool, Get the Lowest Fare at CheapAir.com!

Does John Wayne Airport have a shuttle to Disneyland?

The John Wayne Airport doesn’t have an “official” shuttle to Disneyland; however, there are providers such as Karmel Shuttle, which provides service to the Disneyland Resort area.

This Disneyland shuttle service will pick you up on the Lower/Arrival Level islands near the white sign marked “Passenger Pickup.”

Challenges of Using John Wayne Airport for Your Disneyland Trip

One of the main cons of flying to John Wayne Airport is the fact that it’s smaller.

Because it’s smaller, there are less flight options available at this airport. This means that flights may be slightly higher compared to LAX.

But this really is the only setback when it comes to flying into John Wayne Airport for Disneyland.

More Airports to Fly Into for Disneyland

While I have discussed the two best airports for Disneyland, I would be remiss if I did not offer up other airport options, which have their own caveats.

What is the Best Airport for Disneyland?

If you’re able to find the right flight at the right price, then John Wayne Airport is the best for visiting Disneyland in Anaheim, California.

However, if you plan on exploring Los Angeles and the surrounding theme parks and attractions on your trip, then LAX is the better option.

Overall, your flight plays a big part in the trip planning process. I hope this guide to the Best Airport for Disneyland helped narrow down which option will be the best for your travels.

Researching flights about 6 months out also helps with managing the costs as well.

Which airport near Disneyland do you like the best? Share you experience in the comments section below!

UP NEXT: Disneyland Crowd Tracker: Best Time to Go to Disneyland to Avoid Crowds