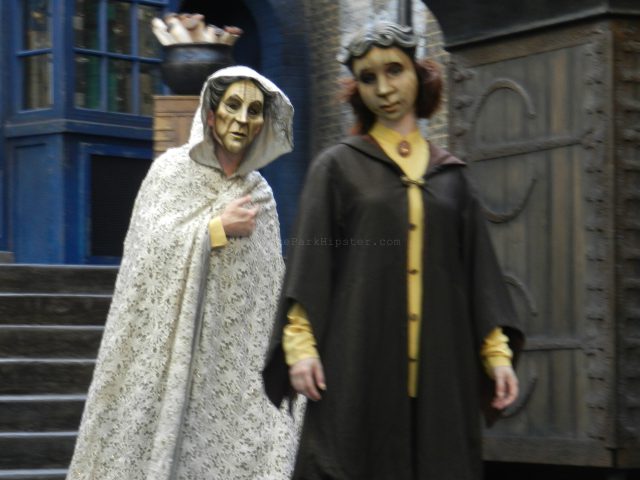 Did you know that you can now enjoy the lovely Tales of Beedle the Bard at Universal Studios Florida?

This Wizarding World of Harry Potter addition highlights the cautionary stories told by the 15th century wizard named Beedle the Bard. Just think of it as similar to the Brother’s Grimm tales told in Europe.

The first mentioning of Beedle the Bard came in the Deathly Hallows book as Hermoine had to explain to Harry Potter the legendary Tales of the Three Brothers which would eventually help the trio’s epic quest.

Because of the popularity of this addition to the Potter universe, J.K. Rowling ended up releasing the official book properly titled, Tales of Beedle the Bard. Even through all the new hype surrounding this magical resource, little was still known about the fictional author Beedle the Bard.

Based on his stories, you can still pull out a little bit of his beliefs and character. Since all good writers leave of trail of themselves in their writings.

The Tales Mentioned in the Book

Tales of Beedle the Bard at Universal Studios Diagon Alley

The Tales of Beedle the Bard show officially opened in July of 2014 at the grand opening of The Wizarding World of Harry Potter – Diagon Alley. It has two live shows that you can enjoy on the Carkitt Market stage in this section of the park.

The show lasts about 10 to 15 minutes and is filled with opulent puppetry created by Emmy-award-winning designer Michael Curry.

There are only two tales from the Beedle the Bard book that were brought to life in the Wizarding World of Harry Potter – Diagon Alley. They are The Fountain of Fair Fortune and The Tale of the Three Brothers.

Is Express Pass needed for this show?

An Express Pass is not needed for this show as it is an open area for standing inside Diagon Alley.

Now that you know what to expect from the Tales of Beedle the Bard show at Universal Studios, let’s go over a few of the most common questions.

Final Thoughts on Tales of Beedle the Bard at Universal Studios

This is a must see Universal Studios experience!

Especially if you are a fan of the Harry Potter franchise. Universal Creative definitely put something special together that brings the magic of J.K. Rowling’s world right to you!

You can usually catch the show once an hour until the closing of the park.

Have you ever watched this show at Universal Studios before? If so, let us know if you like it in the comments section below.

UP NEXT: 10 Signs You’re Addicted to Diagon Alley (For the True Harry Potter Fan)