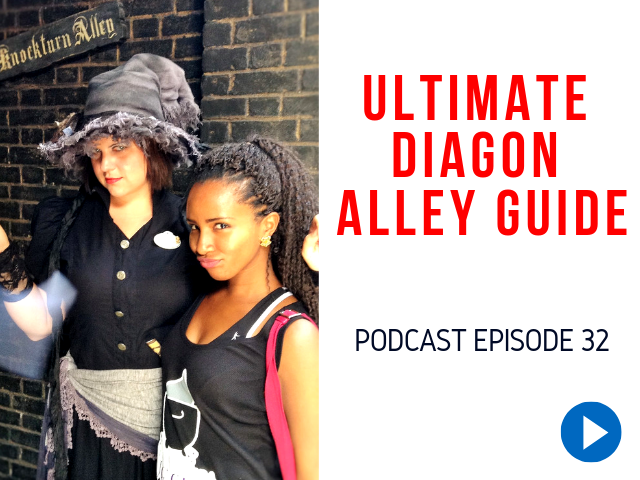 Today I have a real treat for you— we are going to go over everything you need to know about the Wizarding World of Harry Potter Diagon Alley!

As one of the more popular attractions at Universal Studios Orlando, Harry Potter’s Diagon Alley features a huge selection of magical activities.

Experiences that range from riding the Hogwarts Express to being a part of the wand selection process first hand.

Harry Potter World in Orlando (and yes, I did use that term…this is a Muggles’ guide), is divided into two sections:

Today we’ll unwrap the best things to do at Wizarding World of Harry Potter Diagon Alley:

Harry Potter World in Orlando (and yes I did use that term…this is a Muggles’ guide ), is divided into two sections as mentioned earlier.