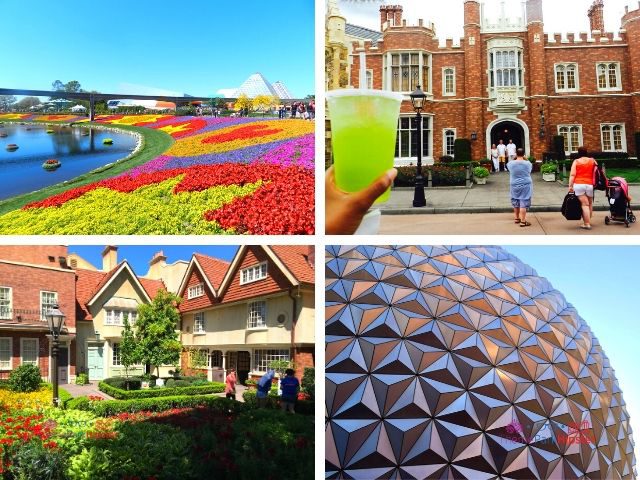 It’s time to toast to the weekend with this week’s HIPSTER Drink of the week, the Leaping Leprechaun at Epcot 🙂

This Disney cocktail is a part of the Drinking Around the World Series at Epcot. So, if you’ve never had it before, let me show you why you have to try it.

What is the Leaping Leprechaun made of at Epcot?

It has as taste reminiscent of the classic Midori Sour cocktail, but not as sweet and with a smooth finish.

What to pair the Leaping Leprechaun with at the Rose & Crown Pub?

I recommend enjoying this Epcot drink with the Sausage Roll and Chips. This dish includes ground pork with apples, herbs in a flaky pastry roll served with chips and pickled onions.

The sweetness of the cocktail along with savoriness of the Sausage Roll and Chips compliments the Leaping Leprechaun beverage.

Rose and Crown at Epcot

Believe it or not, the Rose and Crown offers so many options to enjoy outside of the Leaping Leprechaun cocktail.

Here you can enjoy classic treats known in the U.K. such as, tasty pints of traditional beers, and other British fare right in the heart of Epcot World Showcase.

Most Common Epcot Drinking Around the World Questions

Before we wrap up this Epcot guide, let’s go through some questions you may have for your next globe-trotting adventure!

How much does Epcot cost?

A one-day REGULAR season Epcot ticket starts at $109* (prices do fluctuate based on the season).

You can also get a specialty Epcot MagicBand sent to you for your vacation here!

Can you brink drinks into Disney World?

Yes you can. However, there are restrictions that you should know about.

Per Disney, you are allowed to bring food items—such as snacks or foods that do not require heating—into Disney theme parks.

You are not allowed to bring alcoholic beverages into any of the Disney parks.

Can you walk around Epcot with alcohol?

Yes, you can drink at Epcot while walking around World Showcase with your beverage.

How many countries are in Epcot?

There are currently 11 countries represented inside Epcot World Showcase.

What are the 11 countries at Epcot?

If you’re ever in Epcot, be sure to try out the Leaping Leprechaun inside the U.K. Pavilion. This delightfully, tasty spirit can be purchased for around $18.00 with a souvenir cup.

I recommend declining on the souvenir cup so that you can save a couple of dollars.

It’s also a great year-round beverage for Epcot guests. Just be sure to drink responsibly.