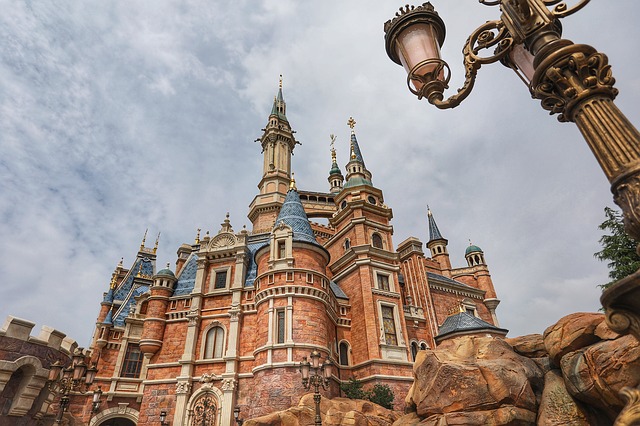 Before you get into the best quotes on imagination, I have to first write lyrics to one of my favorite songs below:

There is no life I know to compare with pure imagination. Living there, you’ll be free IF you truly wish to be.

Those famous lyrics were written by Leslie Bricusse and Anthony Newley who were inspired by Roald Dahl’s Charlie and the Chocolate Factory.

The words of one of my favorite fictional characters, Willie Wonka, speaks volumes to more than just the young person listening to this quote in a film.

Many great thinkers of the past few centuries have spoken in the highest regards of the infinite possibilities your imagination can bring.

I have use their guidance as a leverage to travel solo which led to me starting this theme park blog. If I would’ve never discovered J.K. Rowling, ThemeParkHipster wouldn’t exist.

I hope these quotes inspire you to live your best life, whether that be traveling the world on a solo quest or changing the lives of others around you.

21 Quotes on Imagination to Inspire the Solo Traveler in You

1 – Every child is born blessed with a vivid imagination. But just as a muscle grows flabby with disuse, so the bright imagination of a child pales in later years if he ceases to exercise it. ― Walt Disney

2 – The use of travelling is to regulate imagination by reality, and instead of thinking how things may be, to see them as they are. ― Samuel Johnson

4 – The level of our success is limited only by our imagination and no act of kindness, however small, is ever wasted. ― Aesop

5 – Imagination is everything. It is the preview of life’s coming attractions. ― Albert Einstein

6 – First comes thought; then organization of that thought, into ideas and plans; then transformation of those plans into reality. The beginning, as you will observe, is in your imagination. ― Napoleon Hill

7 – Logic will get you from A to B. Imagination will take you everywhere. ― Albert Einstein

8 – There was part of me that wanted to see the world and travel to distant places, but I could only do it in my imagination, so I read ferociously and imagined things. ― George R. R. Martin

9 – The man who has no imagination has no wings. ― Muhammad Ali

10 – All the breaks you need in life wait within your imagination, Imagination is the workshop of your mind, capable of turning mind energy into accomplishment and wealth. ― Napoleon Hill

11 – Imagine what a harmonious world it could be if every single person, both young and old shared a little of what he is good at doing. ― Quincy Jones

12 – Doc Brown had a feverous imagination. He was constantly coming up with new ways and solutions to various issues, and time travel was one of them. I was just very inspired by being able to portray somebody of that sort. He’s a man of tremendous energy and excitement about discovery. ― Christopher Lloyd

13 – Reading has been the fuel of my motivation: it has changed the direction in which I have traveled, and it has enhanced my creative imagination more than any other activity I have ever pursued. ― Zig Ziglar

14 – Imagination is not only the uniquely human capacity to envision that which is not, and, therefore, the foundation of all invention and innovation. In its arguably most transformative and revelatory capacity, it is the power that enables us to empathize with humans whose experiences we have never shared. ― JK Rowling

15 – Live out of your imagination, not your history. ― Stephen Covey

16 – Reading a book, watching a movie, going to a play, it’s transporting, and very, very exciting. And to be a part of that, creating things with your imagination, whoa. ― Steve Carell

17 – Remember that your imagination is yours and yours alone. You have the inborn capacity to use it in any way that you choose. No one else is responsible for your imagination. Anything placed in your imagination and held there ultimately becomes your reality. ― Wayne Dyer

18 – The visionary starts with a clean sheet of paper, and re-imagines the world. ― Malcolm Gladwell

19 – What’s in front of you is a whole world of experiences beyond your imagination. Put yourself, and your growth and development, first. ― Phylicia Rashad

20 – Everything you can imagine is real. ― Pablo Picasso

What I’ve learned from the great thinkers is to NEVER allow the influences of this world to stop you from using the FULLNESS of your creative mind.

After all, we are all one imagination away from changing history forever.

For living there you’ll be free, if you truly wish to be.

I hope these quotes help you find your own path in discovering your imagination.

What’s your favorite quote that empowers you to start living your best life? Share it in the comments section below!