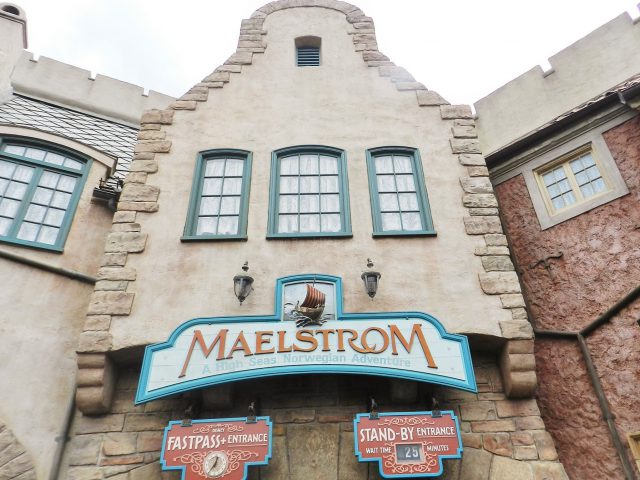 In case you are not aware, the last boat ride of Maelstrom into the wintery mysteries of Norway will take place this Sunday, October 5, 2014.

The announcement came as a shocker to most Epcot fans. However, the rumor of its Frozen-themed replacement surfaced on the Internet a few months ago and I can admit that I did not believe it.

I swore my friends up and down that there was absolutely NO WAY Disney would close such a classic and replace it with, what I felt was, a temporary cultural fad.

As I continued to think about this major change coming to Epcot, I then realized that Maelstrom was no different from Horizons, World of Motions, or even El Rio Del Tiempo.

Although I believed that nostalgia played more of a role into my denial of losing Maelstrom, I can understand and trust Walt Disney World’s decision.

Maelstrom was one of the few rides that showed the contrast of history and modern-day Norway throughout the attraction.

Disney is usually one of the few theme parks to keep its classic traditions in tack for avid fans.

However, at the same time Disney is also one of the top innovative companies best at infusing realistic magic with current technology and culture.

The History of Maelstrom Ride at Epcot

The Maelstrom journey began on July 5, 1988 taking those who sought the spirit of Norway into a world of adventurous peril. It was also under construction from 1987 until the summer of 1988.

This classic Epcot ride was supposed to be centered around the trolls in earlier concepts; however, the Norwegian sponsors wanted to show a more well-rounded version of their country.

Disney Imagineers were sent to Norway to explore the culture in order to make sure they could bring the true magic of the country in to the dark boat ride.

Although the plot was a bit vague, guests would sail into the mysteries beginning at God Odin’s lit face, then through the everyday life of the villagers and seafarers.

This incorporation of both the folklore and the modern culture would please the sponsors of the attraction and the Imagineers.

You are not the first to pass this way. Nor shall you be the last. Those who seek the spirit of Norway face peril and adventure—but more often, find beauty and charm.

Classic Quote from Maelstrom at Epcot

During the construction of the attraction, this Norway pavilion ride was originally set up to be called SeaVenture. The signs were placed on the outside entrance of the attraction for guests to see.

Towards the very end of the development, about a few months out, the ride was renamed to Maelstrom to prevent confusion of the Living Seas Pavilion.

According to Merriam-Webster, a Maelstrom is a powerful often violent whirlpool sucking in objects within a given radius.

Maelstrom is derived from the Dutch noun that means “turning stream” and is associated with the dangerous tidal currents near the northwest coast of Norway.

Theme Park Hacks at Your Finger Tips. Plan your next vacation with the latest tips, trivia and tricks on the ThemeParkHipster App. Download Today!

Guests would board the Viking-inspired boats to travel deep into Norway first coming face-to-face with Odin. After climbing the lift hill, guests would be softly let out into a calm river.

While on the river adventure, guests would see scenes of Norway’s rich history and unique folklore. From maritime villages to life-size polar bears, there were many fun things to enjoy on the classic dark ride at Disney.

Midway through the ride guests would be met with the mythological trolls (Dokkalfar and Ljosalfar) who would send the boat backwards to the edge of a cliff.

Once riders reached the edge, the boat would slightly turn to the right using a special switch back feature that would eventually release them down a deep watery plunge into the stormy North Sea.

Afterwards, guests would arrive in a small Norwegian village where a quick video showing the spirit of Norway would complete the attraction experience.

A unique feature among many of the classic Epcot rides was that they would have some type of touristy video or educational component to complete the attraction experience.

They were also used to help inspire Disney visitors to book a vacation at the particular destinations featured or to purchase a product of the attraction’s sponsor.

From the up-close car experience after World of Motion to the fun futuristic activities after Spaceship Earth, Epcot always incorporated a finale to its attractions.

At the end of the Maelstrom ride, guests would be treated to a film depicting the country’s beautiful and mysterious culture.

The 6-minute film would also highlight Norway’s landmarks, wintery outdoor activities such as skiing, the larger than life oil rigs, and the Kjerag mountain.

Before we end this article, let’s go over a few of interesting facts and secrets that I learned about Maelstrom.

As I write this post, I am sad to see such a staple of my childhood Disney memories go away.

However, I am excited to see what magic Disney’s Imagineers have in store for the Frozen-inspired ride set to open in early 2016.

There’s currently no information available that will let us know what the new Frozen ride will entail, but I am curious to see what quests will lie ahead for Anna and Elsa in Arendelle.

Let’s plan an awesome meetup in Epcot for the next few days using hashtags #MaelstromMeetup and #FarewellMaelstrom.

This weekend we will all get ready to say our final goodbye to Maelstrom. It will also be the last time to look for the hidden Mickeys placed within the Viking’s mural in the queue line.

Update on Maelstrom in Norway Pavilion at Epcot: Maelstrom has since closed officially and was replaced by the Frozen Ever After attraction in the Norway Pavilion on June 21, 2016. You can read more about the new Frozen ride at Epcot here.

Let us know what you will miss the most about Maelstrom and what you think the new Frozen-themed attraction will be.

Until next time, Happy Sailing Hipsters!