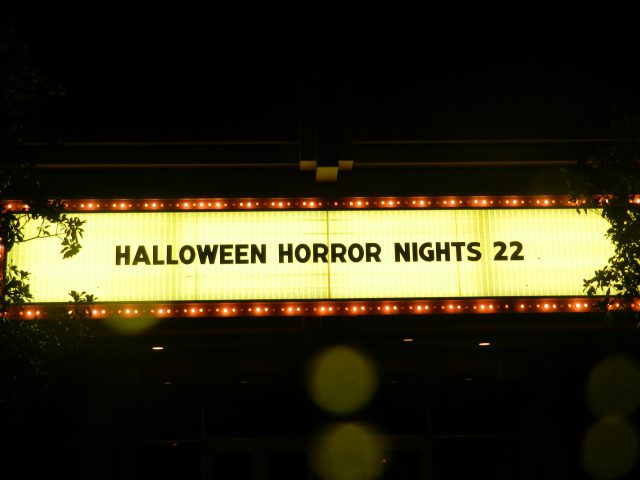 My trip to Orlando last weekend was filled with exciting events. One of the events that I had the pleasure of attending was Halloween Horror Nights 22 over at Universal Studios.

With my nerves on ten I kept playing scenarios of possible chilling scenes that were on the way.

Once finally able to push them aside, I entered the crowded gates of HHN for a somewhat spine-tingling evening. 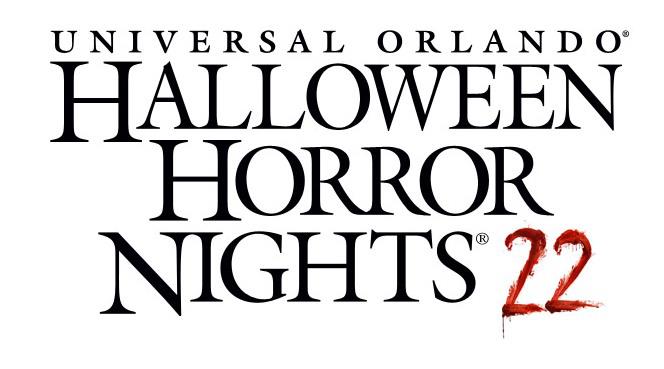 Immediately walking through the gates I noticed the absence of the “in your face” characters that, in the past, would usually greet you to set the tone of the night.

The only thing I saw was the random spots of fog and vendors lining up the sidewalk. Deciding that this may have been due to the early half of the event I then headed over to the first house, Gothic.

…meaning no big brand company was involved in it for marketing reasons like three of the houses this year.

The premise of the story was a cathedral where stone gargoyles came to life at night to prey on unsuspecting visitors.

This was my favorite house of the night, even though it scared the alcohol (I was feeling good that night, lol) out of me.

The overall feel of the house was an eerie suspense and I could not wait to get out. The makeup on the scareactors was so good, that at some points I had to close my eyes (just for a quick second).

Dead End was up next and I wasn’t disappointed at all with this house. To me it had the simple ingredients of a classic haunted house.

The simplicity did not fail at providing the spookiness, and impending doom atmosphere that is associated with the Halloween Horror Nights brand.

This was my second favorite house of the night just because this type of attraction has been missing from past Halloween events like Halloween Horror Nights and Howl-O-Scream.

I have never played any of the Silent Hill games, but I am familiar with the basic story concept and the creatures featured in the games.

Although this house was associated with an already established company, I felt as though Universal was able to put their own stamp on this popular game series.

The best part to me was when I was about to enter the house I was looking at what I thought was a statue of the creature.

He then moved and tried to attack us when out of nowhere a female cop blast open a door and started letting rounds out on the ferocious creature. The rest of the house wasn’t as scary as the previous houses, but the detail and the makeup was well done.

AMC’s The Walking Dead was the next obstacle of the night.

I am a huge fan of the series and I was excited to see what Universal’s interpretation would be. I was delighted to see key scenes from the show incorporated in the house.

This was one house that I would have loved to take pictures of just for my own “fan” craze.

The thing that raised the fear factor of this house was the background noise of the zombies “breathing” throughout the house. It helped the scary fantasy come to life.

It was kind of hard to rank this house that’s why I would say that The Walking Dead house and the Silent Hill house were neck-to-neck in the number three and four position.

With Walking Dead have a slight lead over Silent Hill just because I have more knowledge on the famed zombie series.

Penn & Teller New(kd) Las Vegas was the other “endorsed” house of the night. It was also the featured 3-D house for the year.

This house was based around Penn & Teller, a Las Vegas act, that accidently nuked the city. All of the stereotypes of Vegas were displayed with a radioactive, comedic twist.

This house was fun, not scary at all, but I do think that it could have been better. I think Busch Gardens may have won the 3-D house category this year.

House of Horrors was the last house of the night for me.

I anticipated going through this house the most just because I couldn’t wait to see the classic monsters have their shine, but I was highly disappointed.

I don’t even know how to review this house because I didn’t understand the direction that Universal was trying to go with in this house.

It was just lame to me….

…so much potential out the door.

Alice Cooper – Welcome to My Nightmare

The night was wearing down and so were my feet.

Even with the Express Pass I was too tired and after the House of Horrors I was not interested in going through the Alice Cooper- Welcome to My Nightmare house.

I am not a fan of his and I was not interested in hearing his music blasting throughout my time in the house. If I make my way back over to Halloween Horror Nights 22 this year, then I will try to check it out.

Now I would like to vent just a little bit more…

…or state areas of improvement.

The Express Pass system this year did not seem as effective as the past years, and I went on a Sunday!

Was Halloween Horror Nights Express Pass Worth it?

This year it wasn’t!

I am not sure what was going on. For the cost of the pass, I was expecting the lines to operate properly in order to experience every attraction that was entitled in the pass outline.

We missed out on one house, both of the shows and we couldn’t even use the pass on the Hollywood Rip Rock It Rollercoaster…

Also the whole idea of making the scare zones unpredictable was an epic FAIL!

Since the scareactors were placed in random sections at random times it just did not flow well.

Over at Howl-O-Scream the same concept was in place, but it seemed to work there. Even when I was sitting down in the corner cooling off at Howl-O-Scream a killer clown snuck up behind me and scared me.

I know that may have been kind of extreme, but it worked.

Okay….I feel like I am going to hard on Universal, but I hold them at a higher standard.

Overall. I think that the majority of the houses were great and they definitely had that scare factor that you can’t find anywhere in central Florida.

I definitely recommend this event; just try your best to find the least crowded night to attend.